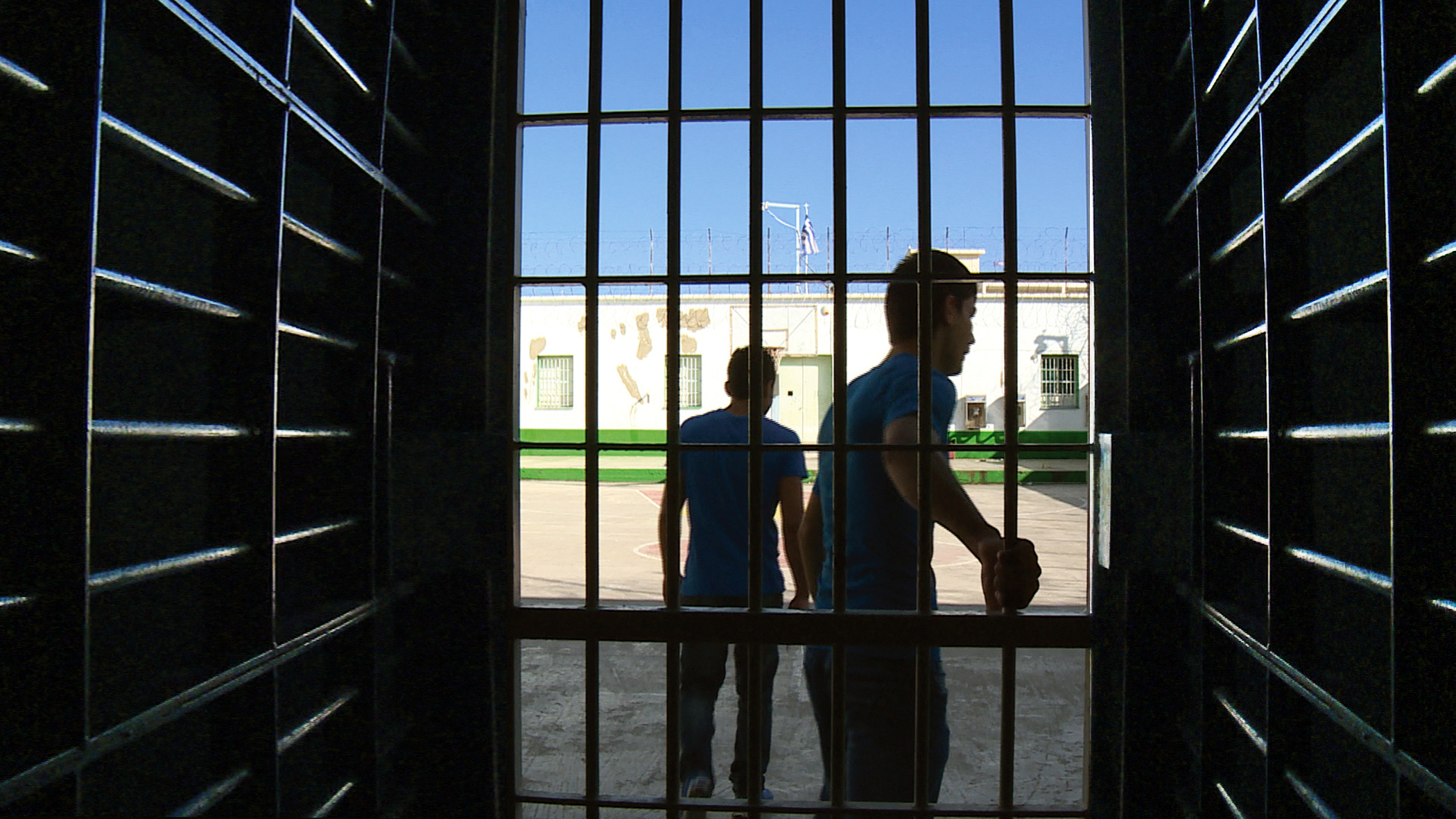 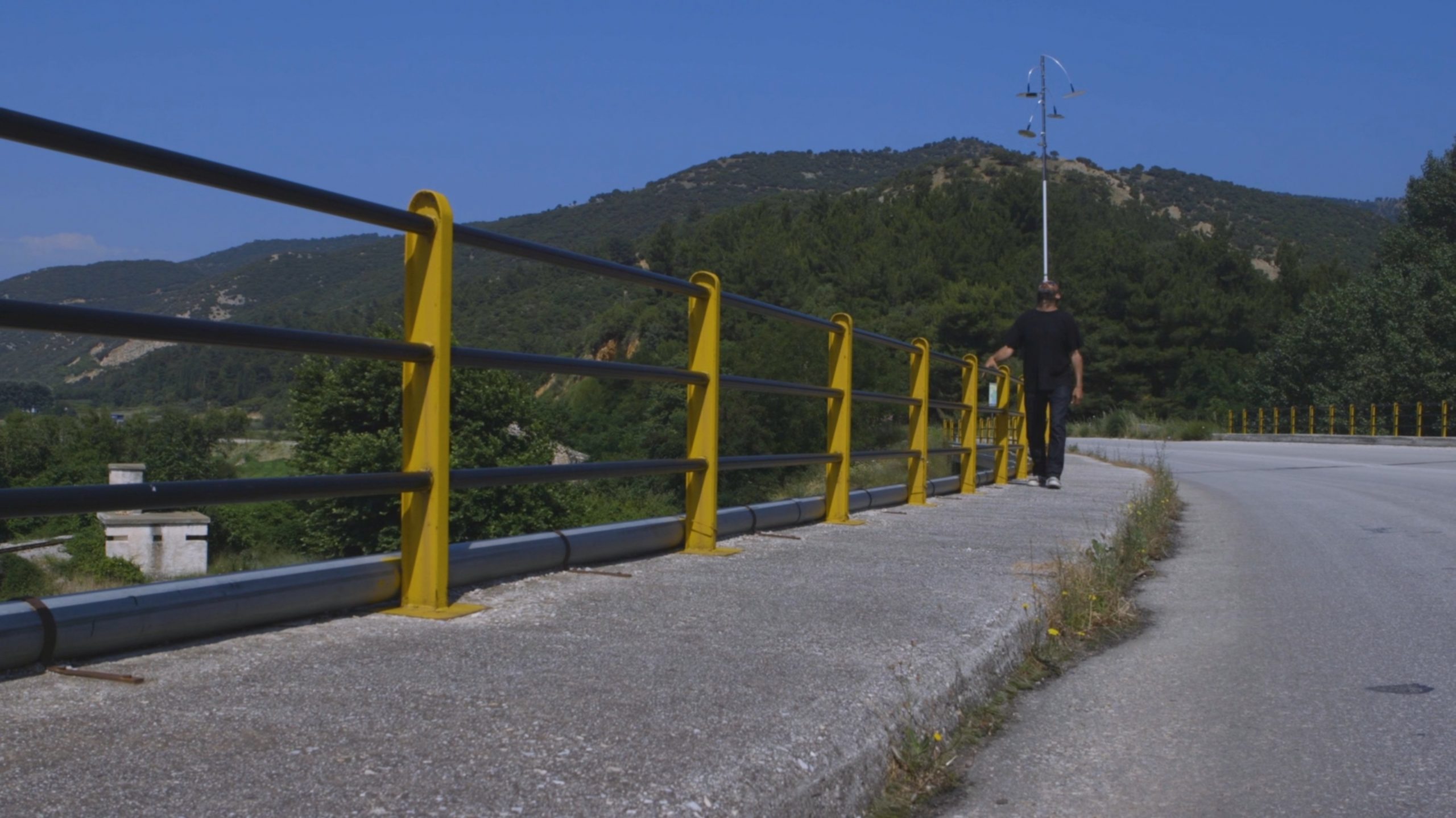 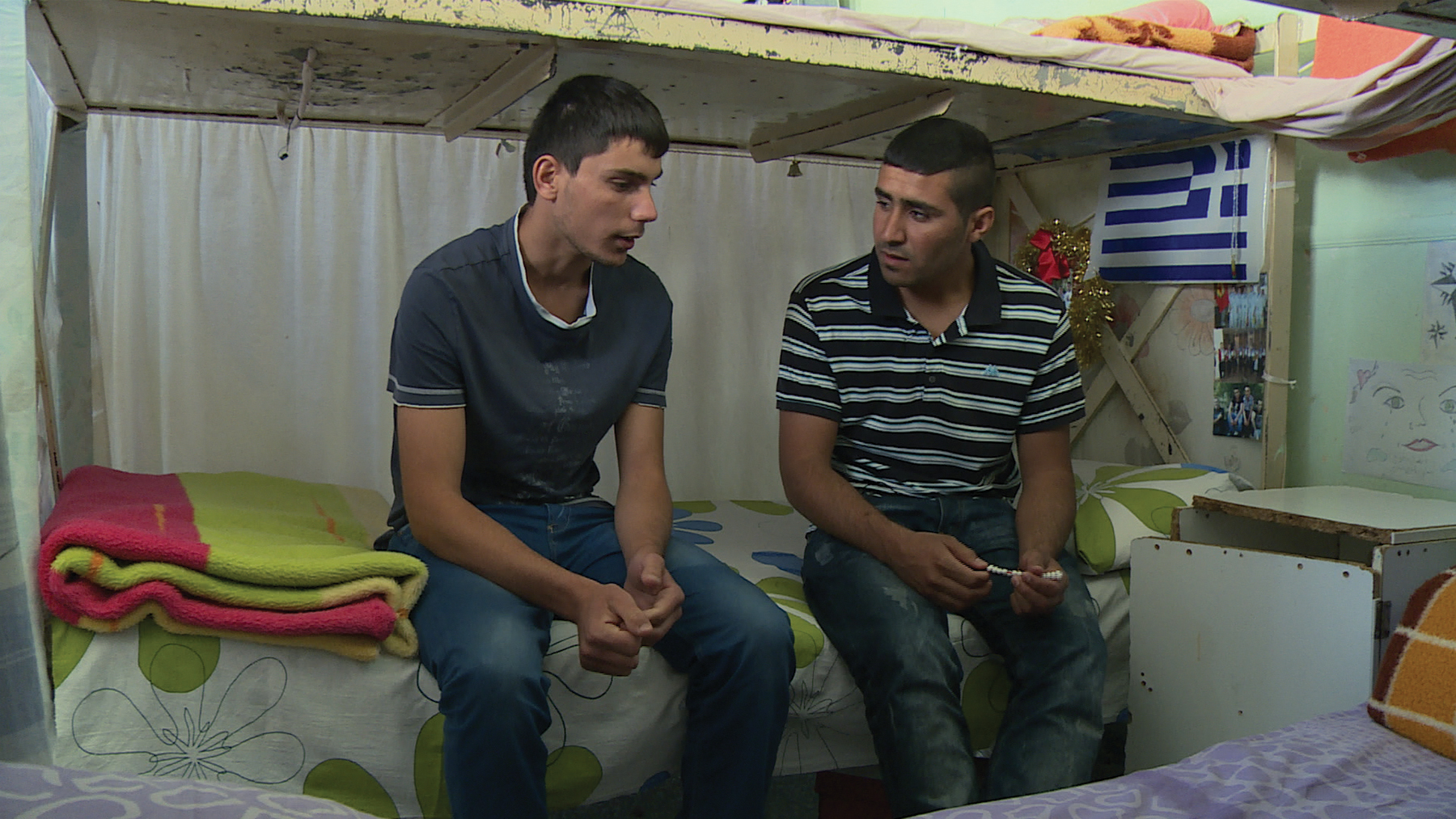 In three different visual and poetic approaches, based on personal experiences, the program’s second outdoor screening proposes films that concern the notion of borders, the fragile movement of bodies and the instability of transitory situations. Each film takes us on a physical and mental journey into the complexities and limitations of movement and belonging, of coming from and arrival.

Ceuta’s Gate consists of a series of reconstructed situations based on observations of the border of Ceuta, a Spanish enclave in the North of Morocco. The border is the backdrop of intense traffic of manufactured goods, sold at discounted prices. Every day, thousands of people work there. The film shows the “choreography” of people around the border, and allows us to witness the movement, the passage through and the endless waiting.

As a member of the immigrant generation that illegally journeyed from Iraqi Kurdistan to Europe on foot, Hiwa K’s ‘Mirror’ simulates the experience of walking through foreign territory. Using an “object-sculpture” made of a stick and motorbike mirrors which he balances on his nose, Hiwa K finds his way. We can see glimpses of Hiwa K’s surroundings, what he calls “pre- images”, fragments of a puzzled future, which leave us with no choice but to continue looking up.

Filmed in a Greek juvenile prison and a court room, The Longest Run follows the stories of Alsaleh from Syria and Jasim from Iraq who are accused of smuggling illegal immigrants. Through their telephone conversations with their parents in the Middle East, the tragic events of the war enter the prison walls and accentuate the boys’ anxiety as the date of their court case approaches. Their fear escalates as they realize that it is impossible to convince the Greek court of their innocence and that they can easily be condemned to 25 years of imprisonment. By focusing on their friendship and the human face of confinement and war, the film reveals an unknown aspect of the refugee issue and the dead end situation that many underage refugees find themselves in.

Randa Maroufi was born in 1987 in Casablanca, Morocco, she lives in Paris, France.

Fine Arts graduate at Tetouan (Morocco), Angers (France) and Le Fresnoy (France), Randa Maroufi belongs to this generation that grew up in an era dominated by images. She collects them with as much eagerness as suspicion, and ceaselessly questions their veracity. She prefers to put her ambiguous fictions in the service of reality, and the field of her experimentation encompasses the occupation of public space and gender issues, of which she highlights the founding mechanisms.

Hiwa K was born in 1975 in Sulaymaniyah, Kurdistan-Northern Iraq, he lives in Berlin, Germany.

His works escapes normative aesthetics but gives us the possibility of another perspective of vernacular forms, oral histories, modes of encounter and political situations. His references consist of stories told by family members and friends, found situations as well as everyday forms that are the results of everyday life. Many of his works have a strong collective and participatory dimension, and express the belief that obtaining knowledge from everyday experience is equally valuable as from theory

Marianna Economou studied anthropology, photojournalism and film production in London and currently lives in Athens, Greece. Since 2000, with a focus on social issues and human stories, she directs and produces documentary series and independent films of Greek production and co-productions with European broadcasters such as the BBC, ARTE and YLE. Her films, including the internationally awarded When Tomatoes met Wagner, have participated in many international festivals. She is a member of the European Film Academy and president of the Greek Documentary Association.