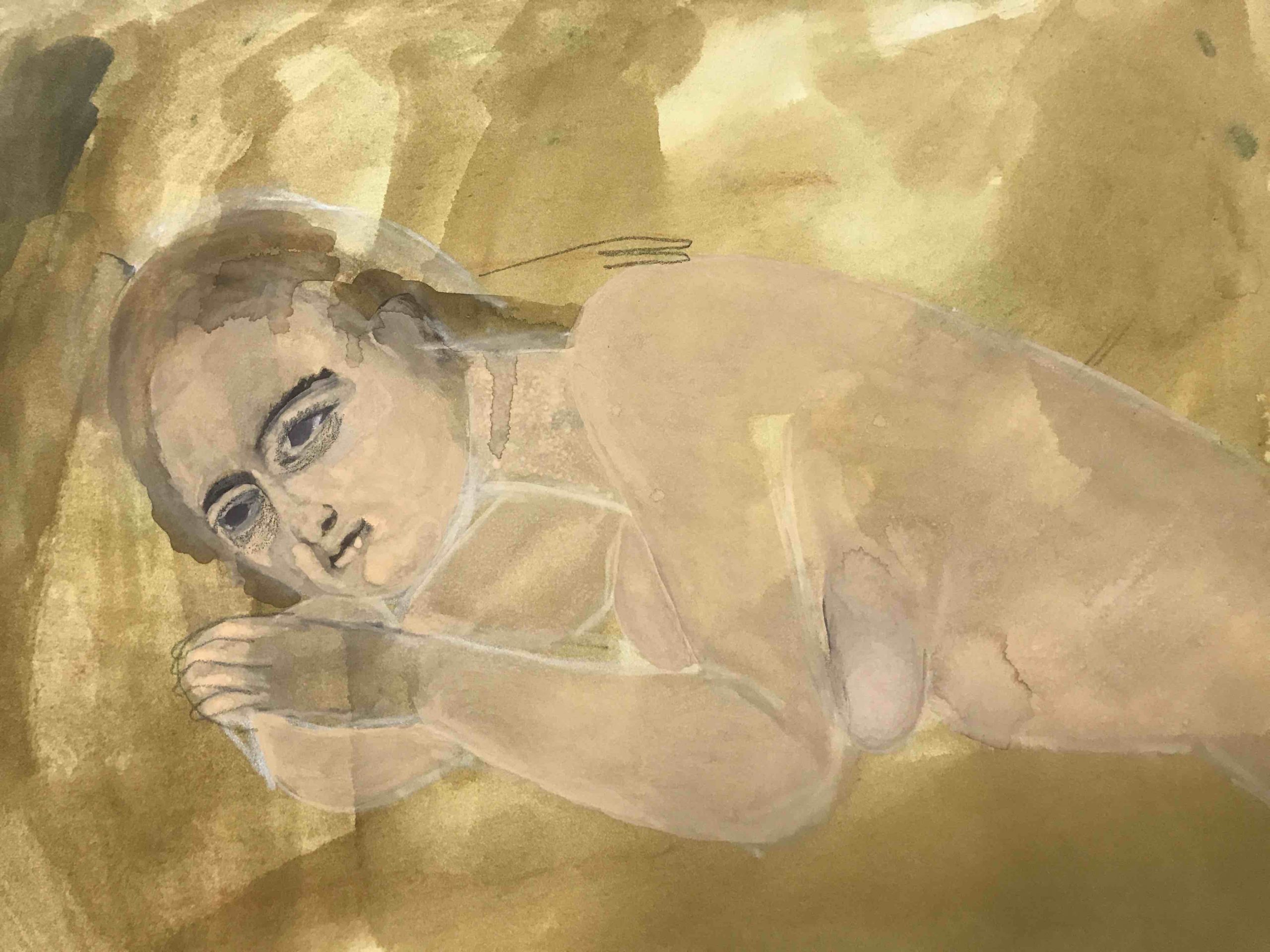 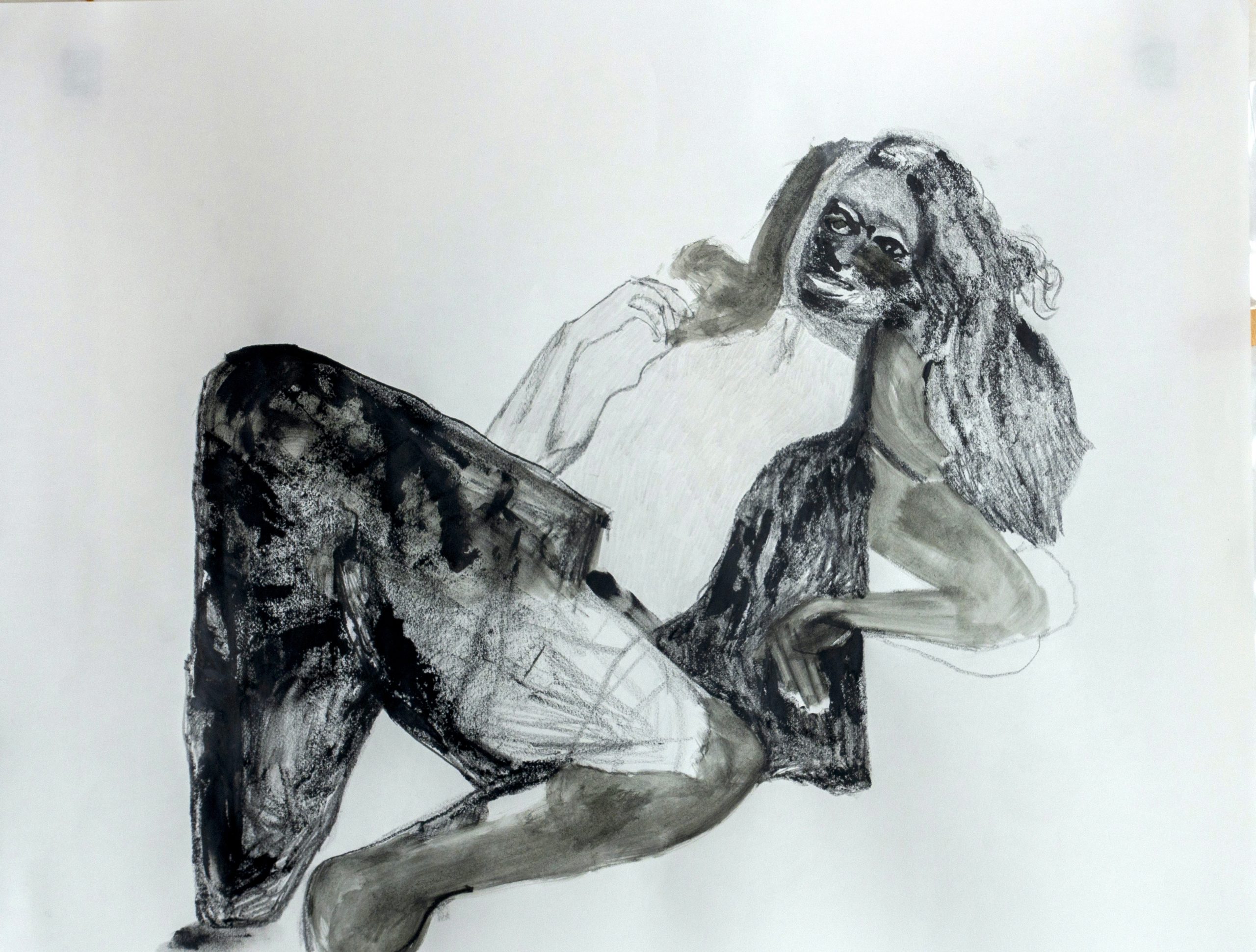 Jumana Emil Abboud’s artistic practice involves researching into fairytales, myths and lullabies cradled by generations of women as a form of remembrance of Palestinian water sources long gone, erased by occupation. These women, these stories became the care-takers and protectors of landscapes from which they were violently uprooted; containing them still in their language, their memories, their homes. Although these springs and rivers may have been annexed or dried, their imaginaries have not. The mythical narratives carried within them are suggestive of epic expanses of time and a form of resistance: resistance to the shortsightedness of statehood and its exceptions and more so to an intimate relationship with the land. You don’t sing about a place you don’t love.

Through her research Abboud has listened softly into the historical undercurrents which are whispered, sung or performed by those least heard (female voices). She carefully intimates who the guardians of these mythical stories of springs, lakes, wells (water sources) are. It is to them that she turns. Sotto voce, tender; but listen carefully and these stories do not hum. No, they have strength in their poetry, in unison they roar (yes like the rush of waves on a shore). They also hold in them kernels of hope, the nagging possibility of metamorphosis, of trees, persons ontologically transforming, shape-shifting from spirit, to landscape, from inanimate to animate, from running water to stars glittering in the sky. These fables tell of another way of describing landscapes, where geographies are not instrumentalized, where earth and water is not monetized: here the land and its waters are the spoken voice of care.

Shifting landscapes and mutating geographies led Jumana Emil Abboud to broaden her focus towards the stories of the Mediterranean to look into whether tales do flow like rivers that pass-through countries, ignoring the petty constraints of human boundaries. It would seem that they travel like seeds, blown by winds in a myriad-directions, altercating in accordance with the new roots they grow, adapting to their new geography, flourishing be it fertile or dry. In The Water from Your Eye two versions of the same tale intertwine: The Orphan’s Cow and Poulia and Avgerinos. One cherished in Palestine the other on the other side of the basin, in Greece. Each story has some fundamentals, a sister and a brother, filial love, and a transformative lake and well; and then, each tongue runs away with itself, adding details, moving meanings towards a different end. Can you imagine how stories change from mouth to ear to mouth and so on? Can you hear the stories taut, taught in between?

In turn Jumana likes to re-imagine these time-told stories, drawing them on paper whilst re-contextualizing them within current contexts, re-writing them for our futures, our present, freeing them from their past. What does a story of sister-brother hood and faithful companionship imply now? What does it mean to talk about water sources in a world which is parched? How do we reconcile ourselves with landscapes on the cusp of such visceral change? How does color, a thin pencil line allow us to feel water differently, immersed in its lush blue green sources? Drawing and redrawing them, with a slip of a brush, and the suggestion of color, through dynamic repetition Jumana wistfully offers us these myths as proposals for new readings, future signs.

More so, in the series of drawings exhibited at TAVROS Jumana Emil Abboud colors with the very symbolic materiality of the land from which her drawings and the stories are inspired. Using self-made paints formed by natural ingredients (pomegranates, sumac and avocadoes) the drawings both refer to the landscapes from which they are inspired but are also of that landscape. In the same way that the shell of a pomegranate is bathed in water and reduced to pure pigment, Jumana El Abboud hones in to the sources of stories refracting them to the very core of their being.