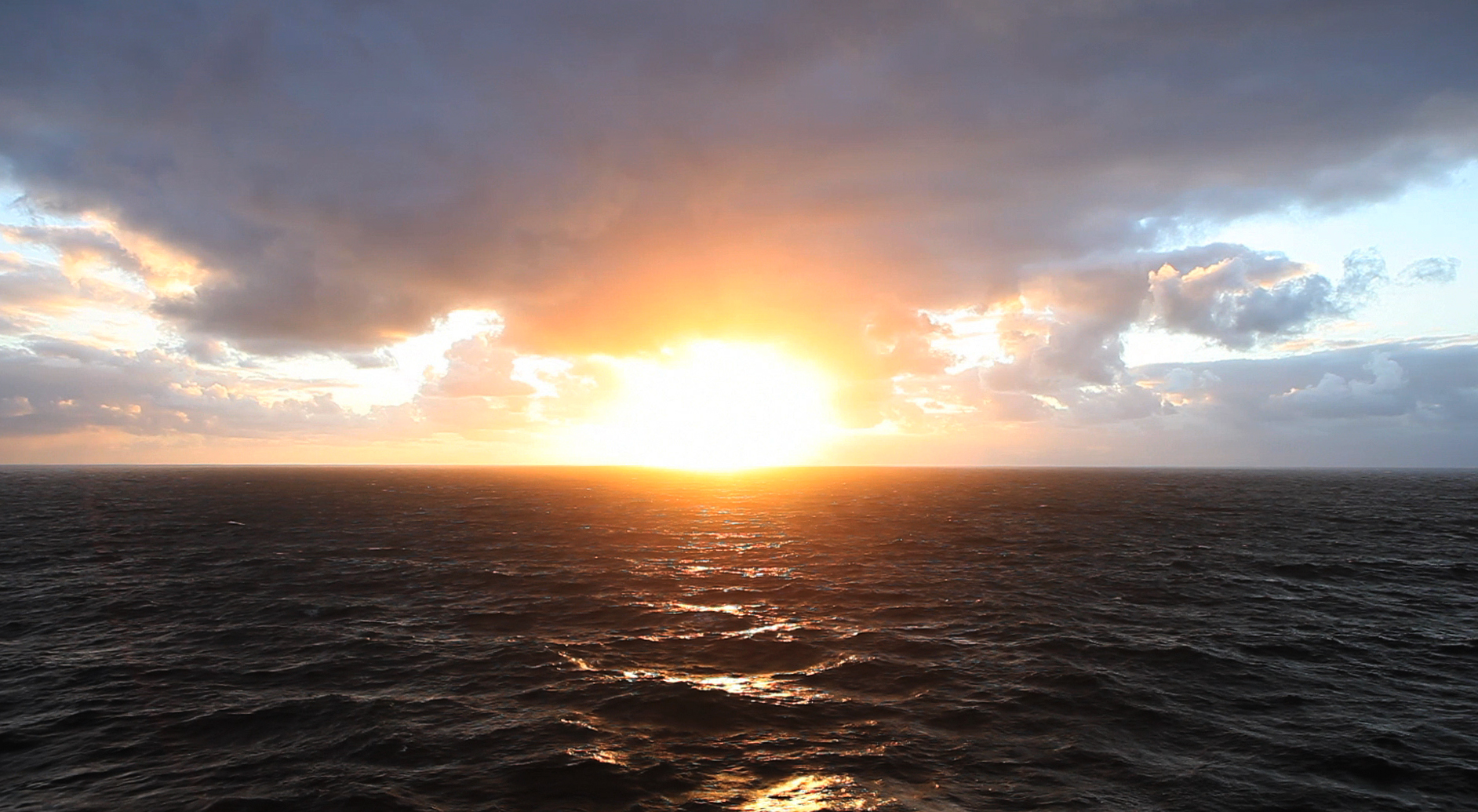 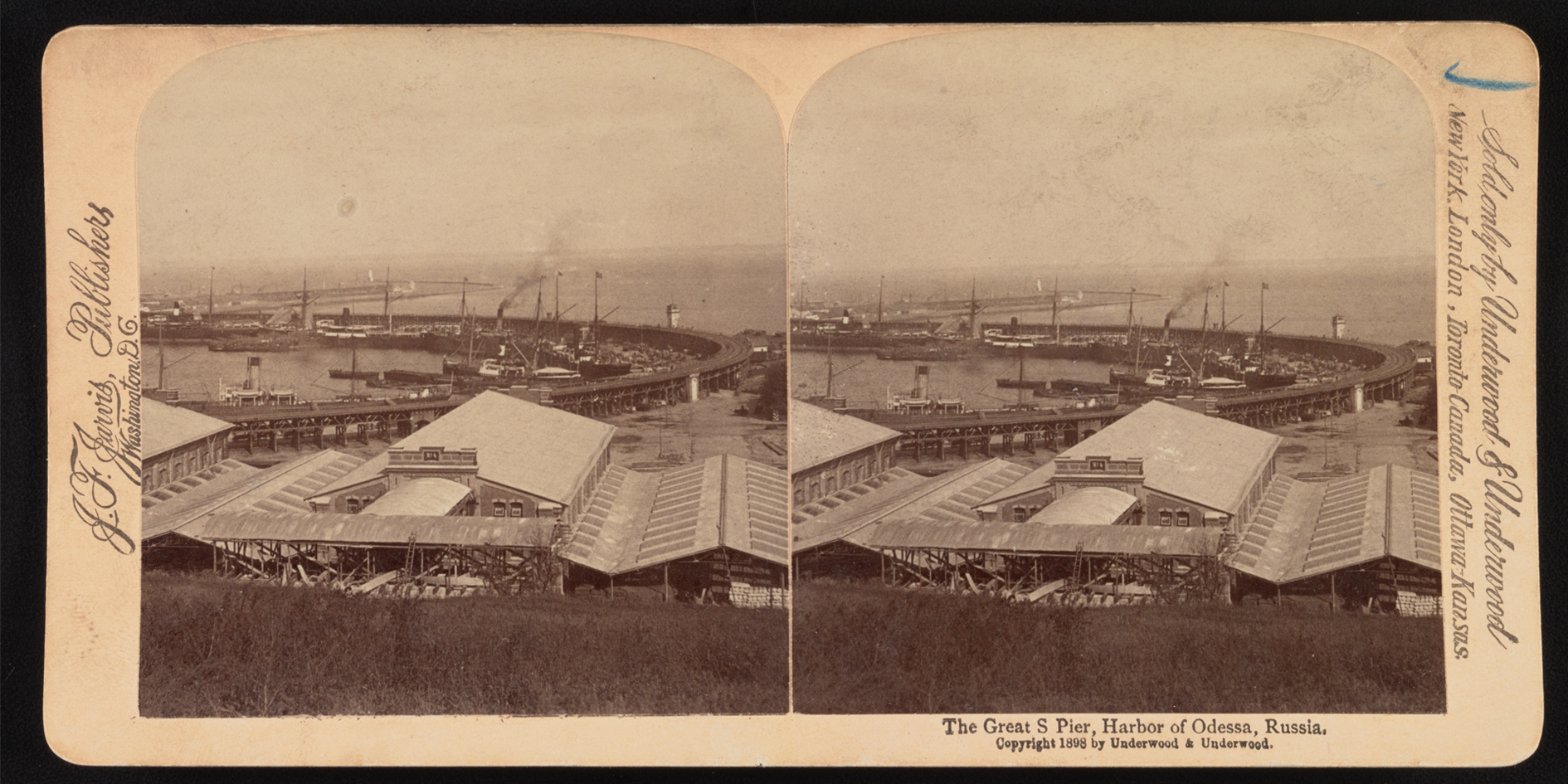 The Old Port of Marseille1906, Source: Library of Congress 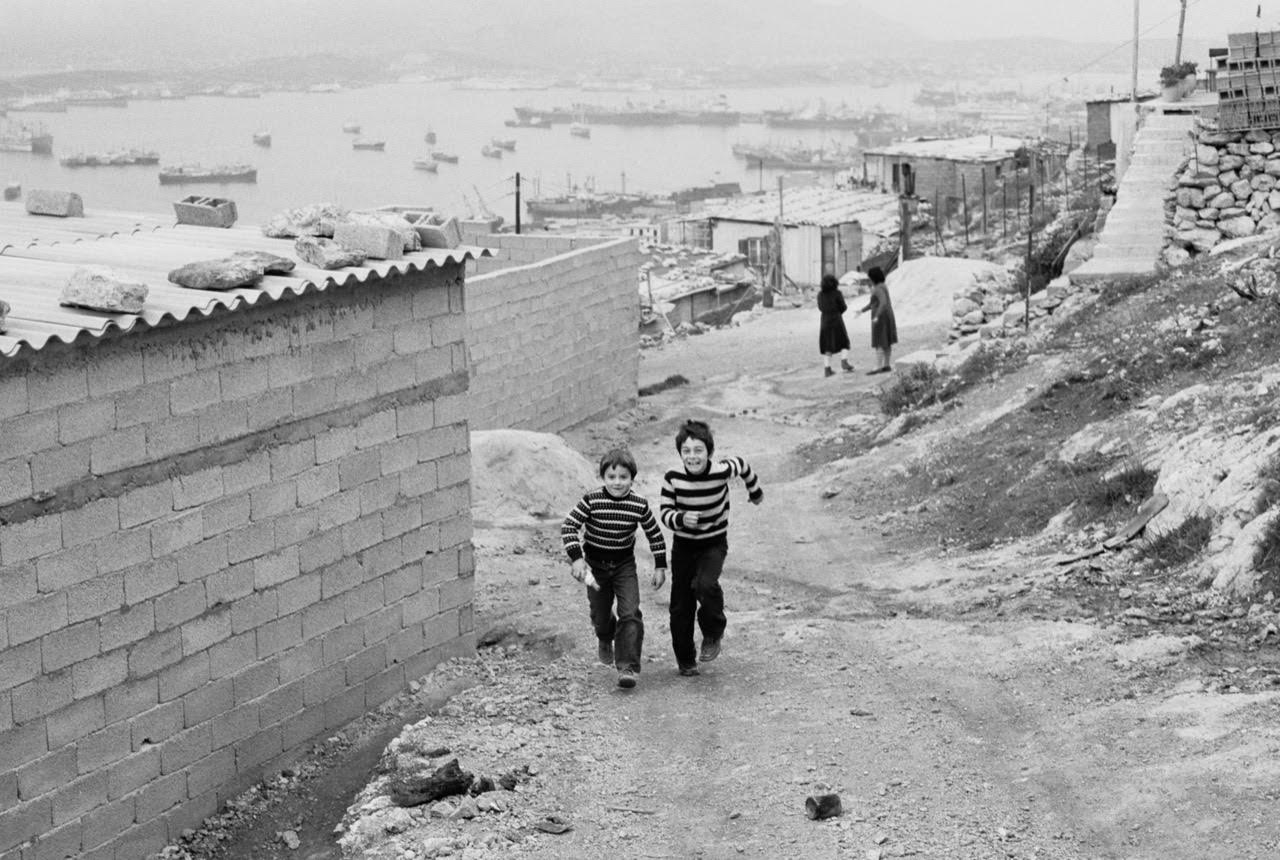 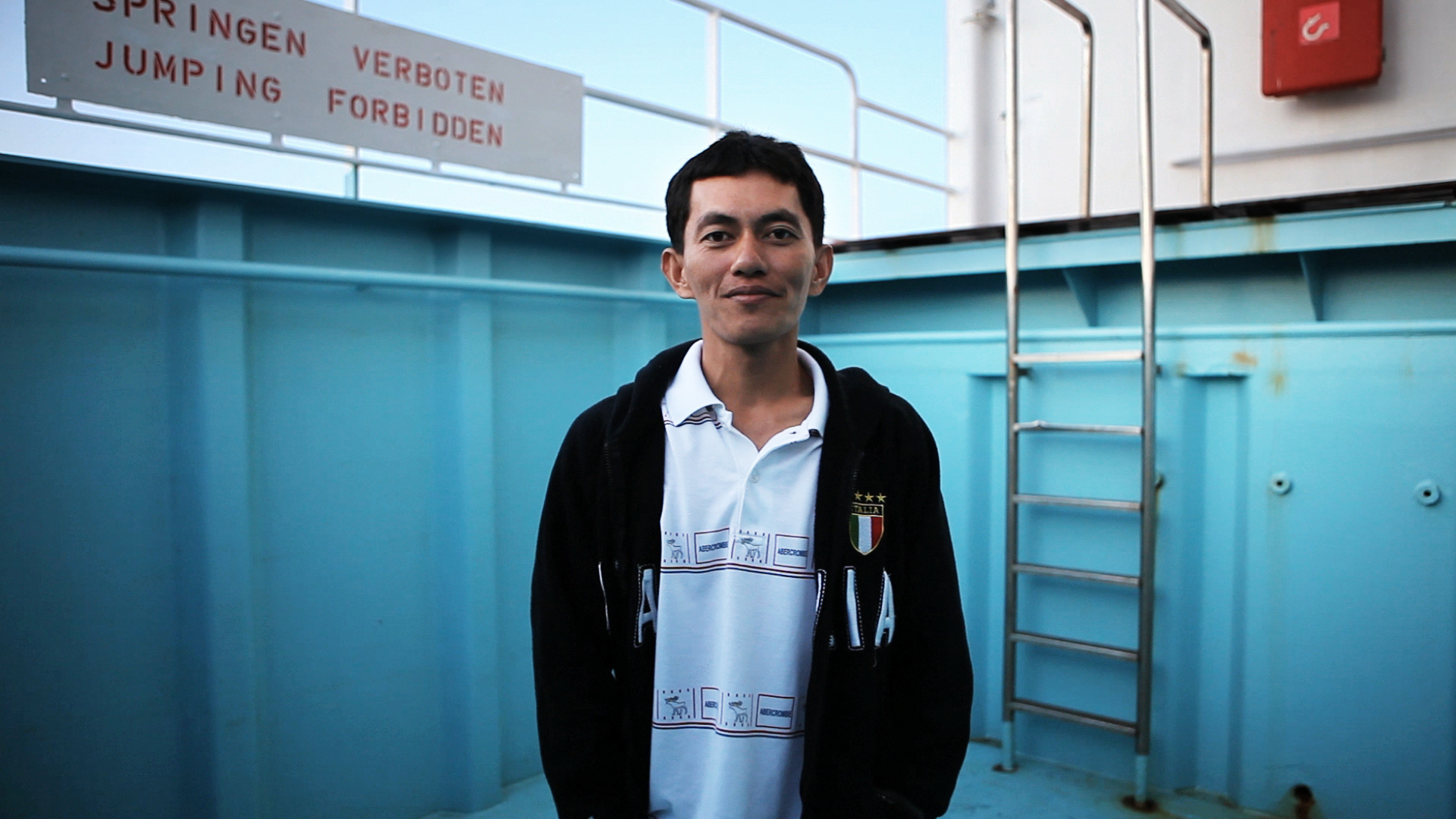 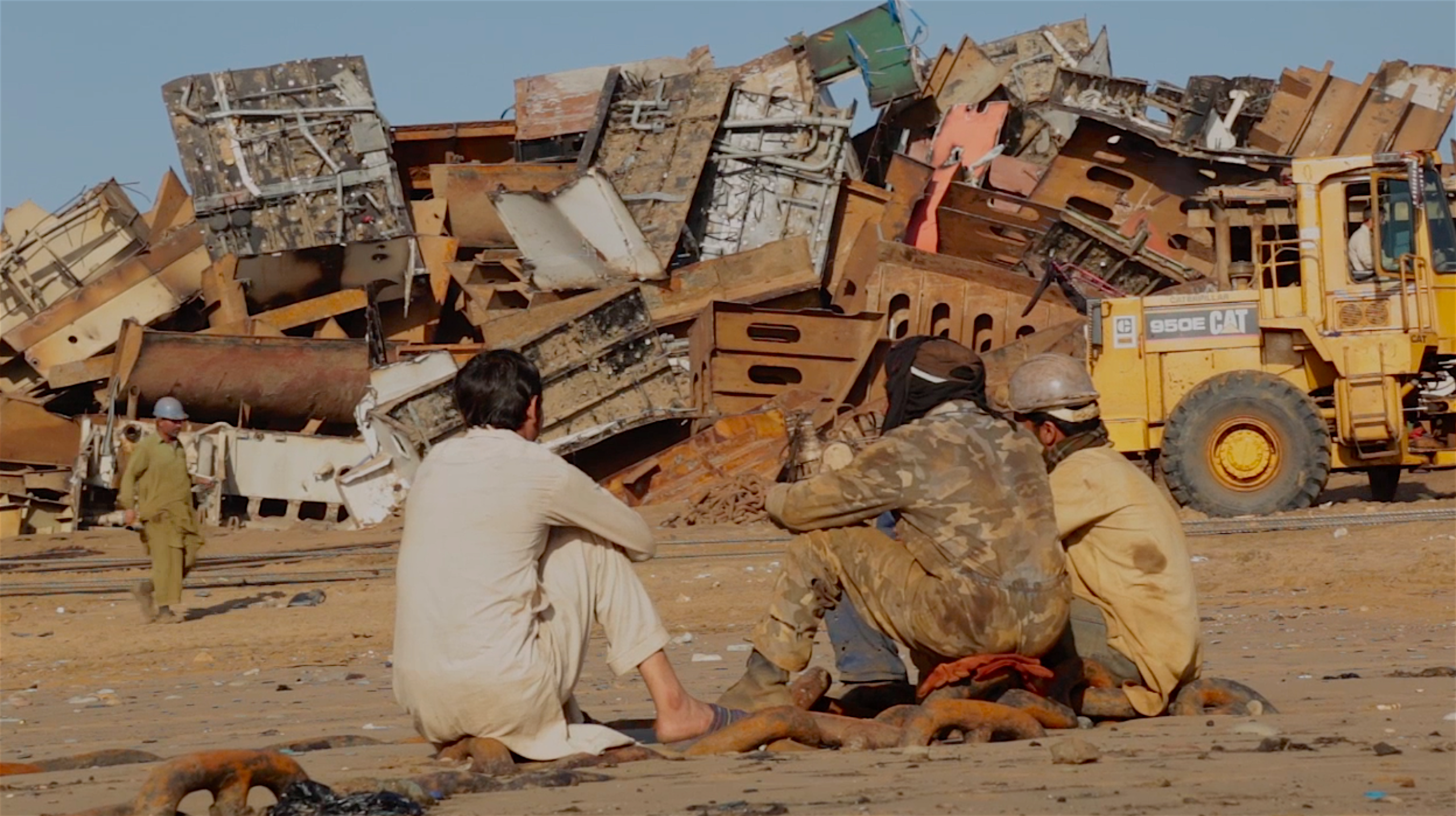 Still from Hira Nabi’s All That Perishes at the Edge of Land, 2019

Text on contemporary works by:

The research project ODEMARS “Constructions of Homeland: Architecture, Identity and Memory in the Greek Communities of Odessa and Marseille, 19th and 20th centuries” is hosted at NTUA (Laboratory for the History & Theory of Architecture)

What role does life at sea or a port play in the formation of a city and how does it affect the way it prospers- or falls into disarray- and how does it define, if at all, national borders?

This Autumn at T A V R O S, The Sea Around Us reflects, through three interconnecting chapters, on the ongoing relationship between human life and the sea: the sweat, toil and labor of the people that work in ports and on ships; ships as a paradigmatic heterotopia with their own rules and regulations; the changing conditions of ports over the last decades and the geopolitical impact of globalized trade routes; the cycle of life of ships and their ensuing environmental impact, and lastly, ports as sites of constant arrivals and departures, the repositories of so many dreams. Through archival material amassed via a two year research programme by the History and Theory Architecture Lab, moving images, sonic research, painting and photographic works by contemporary artists from Greece and abroad alongside a curated film programme, The Sea Around Us imagines the sea as a geography of its own, with various ports as entry points: starting from the Mediterranean and the Black Sea, the exhibition will travel us from the US, to Egypt, to Pakistan back to Greece and onwards encouraging us to ponder once more on the poetry of the sea and its everlasting allure whilst also emphasising that our relationship to the sea is an active one – can we care for our life-giving seas more?

The Greek communities that flourished at port-cities around the Mediterranean and the Black Sea left behind them an important footprint, a ‘memory’ of their presence that was declared in the city through various emblematic works (temples,schools, community centers, monuments, sculptures of architectural scale, etc.). Through this spatial presence the communities expressed their strong social and economic position as well as their cultural identity and historical origin. Accordingly, the cities that hosted these communities often recognized their importance and their contribution to public life, and therefore honored them with public feasts, monuments, street names, etc. However, and despite all that has been written about these communities, their spatial footprint has been very little researched. The ODEMARS research project (odemars.ntua.gr) aims to highlight the ‘memory’ of these communities and the ways in which the architectural production of the 19th  and 20th centuries co-shaped and co-signified their geographical origin as their cultural identity.

The research, like the current exhibition, focuses on two of the most important cities of the Greek diaspora: Odessa, a city founded in 1794 by Catherine the Great as a ‘Greek’ city, and Marseille, the oldest city in France, founded by the Phocaeans in the 6th century BC. Focusing on Marseilles and Odessa, two port cities in an opposite geographical position with respect to the ‘homeland’, and bringing to the surface architectural projects and other constructions carried out during the two previous centuries at the initiative of either the Greek communities or the local authorities, the research aims at contributing to a more precise mapping of a dynamic network whose nodes are the different cities, histories, memories, identities and architectures in constant reference to the same homeland. At a time when new violent alterations of borders, revisions of what ‘homeland’ means, and mass displacements of populations are being witnessed on more or less the same areas and roads, the preservation of memory as a genealogical relation to a, more or less, distant past seems like a necessary function. The construction of the homeland in another place —and its actual footprint in urban space— is the beginning of every new articulation of persons and communities.

The sea, off which port-cities like Marseille and Odessa with longstanding Greek communities thrive; the sea, that connects countries far and close; the sea, as a basic livelihood of Greeks throughout the centuries; the sea, as a repository of individual and collective memories and desires.

The sea that reminds us of our common beginnings, but which also divides and separates us. Just like the members of the families of sea-workers which had to make do without seeing each other for long stretches of time, sometimes leading even to the loss of loved ones, as photographer Nikos Markou systematically documented between 1980-1982 in these stoic black and white portraits. Frames of the lives of residents in Perama (a neighborhood adjacent to the Athenian port of Piraeus) indelibly linked to the sea and its toil.

Artist Eftihis Patsourakis meanwhile looks at the sea face on in Horizon. Paintings of seascapes by amateur painters found in flea-markets are linked by Patsourakis, together to form a unifying horizon line, allowing us to reflect on the complexities of popular and elite cultures, past and present: that which unites and divides.

Cue in the Filipino workers in Lena-Maria Thüring’s film Ηanjin-Palermo, who in contrast to their German colleagues work on board for ten months in a row with no holidays and time ‘off shore’, with no health insurance for the remainder of the two back home. We get to see how they spend their downtime on board, in the ship’s bar, with its karaoke and drinks, as their only entertainment – singing pop songs as a unifying class defying score. The sea elusively carries in its waters dreams and hopes but oftentimes relentlessly wipes those same dreams out, revealing clear-cut ethnic and class divides.

And then the cycle of ships themselves in the docu-fiction film by Hira Nabi. In All That Perishes At The Edge Of Land, an anthropomorphised container-ship with a  human voice embarks on a monologue with the workers on board. Through its guttural, soothing voice, we learn of the unrelenting day-to-day existence of the workers who flock from every corner of Pakistan to the coastal town of Gadani and its shipyards, to earn a living by dismantling the de-commissioned ship. Here too there is no room for romanticism. Some will never return to the families they left behind.

In Georges Salameh’s White Middle Sea, (البحر الأبيض المتوسط) whose title comes from the Arabic word for the Mediterranean), one ponders what his subjects may be thinking. Solitary figures caught praying and fishing in ports, Marseille, Athens, youngsters playing in the sea in Sicily, a couple looking outwards into the unknown in Alexandria. Salameh’s wistful documentation of the human is equally about their geography, the sea, seen and unseen: the landscapes of these port-cities that span the Mediterranean basin, the places to which he travels between and yes somehow belongs, the forced and unforced migrations, the decline of once global trading ports, the regeneration, the labour, the hopes and tears.

In turn Jacob Moe’s Ports of Call provide a latent soundscape for the exhibition, with familiar island sounds and songs that span the Aegean, offering an alternative timeline, one not based solely in geographic localities but itinerant movement echoing from one place to another.

The sounds of the Sea that is *all* around us.