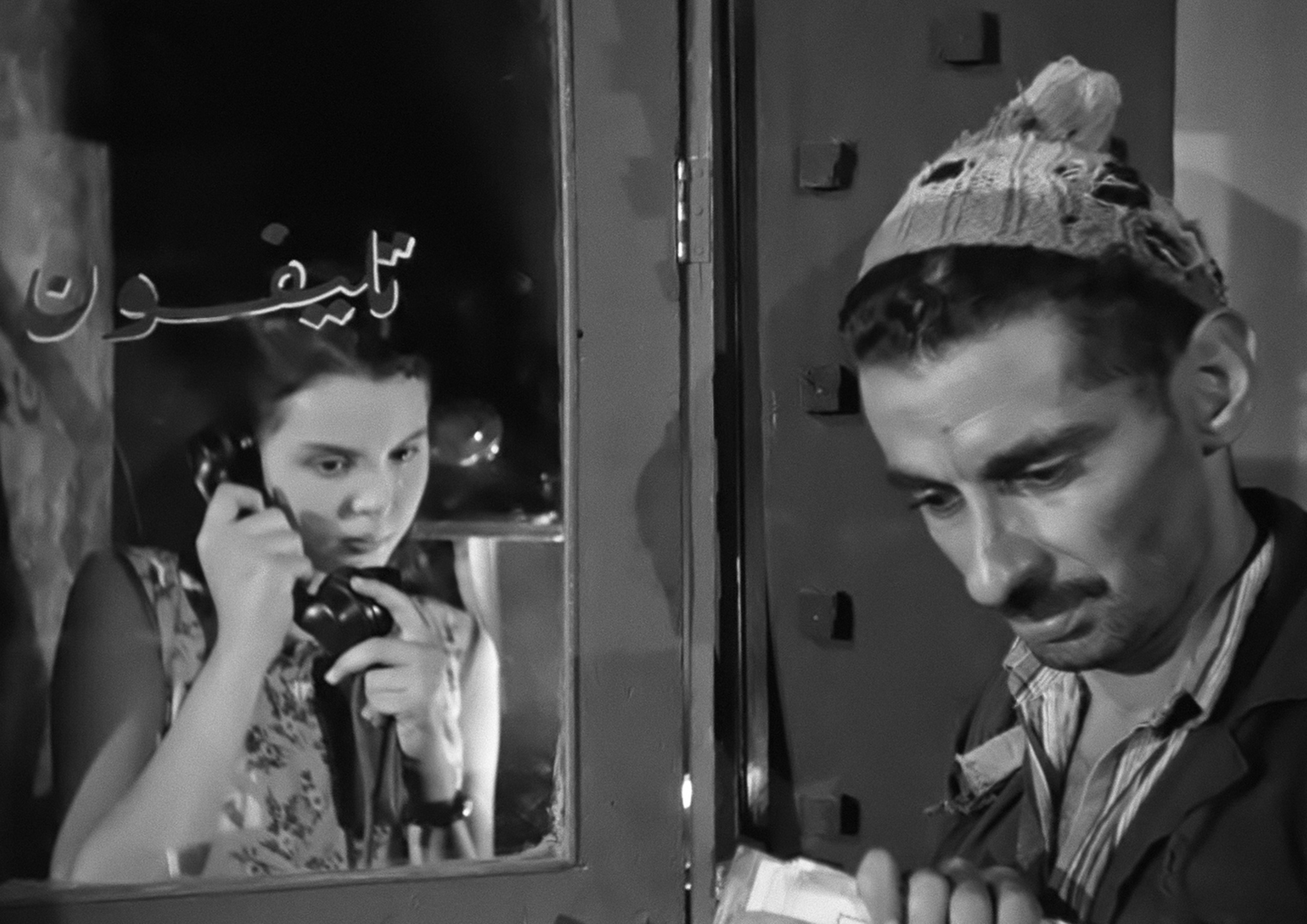 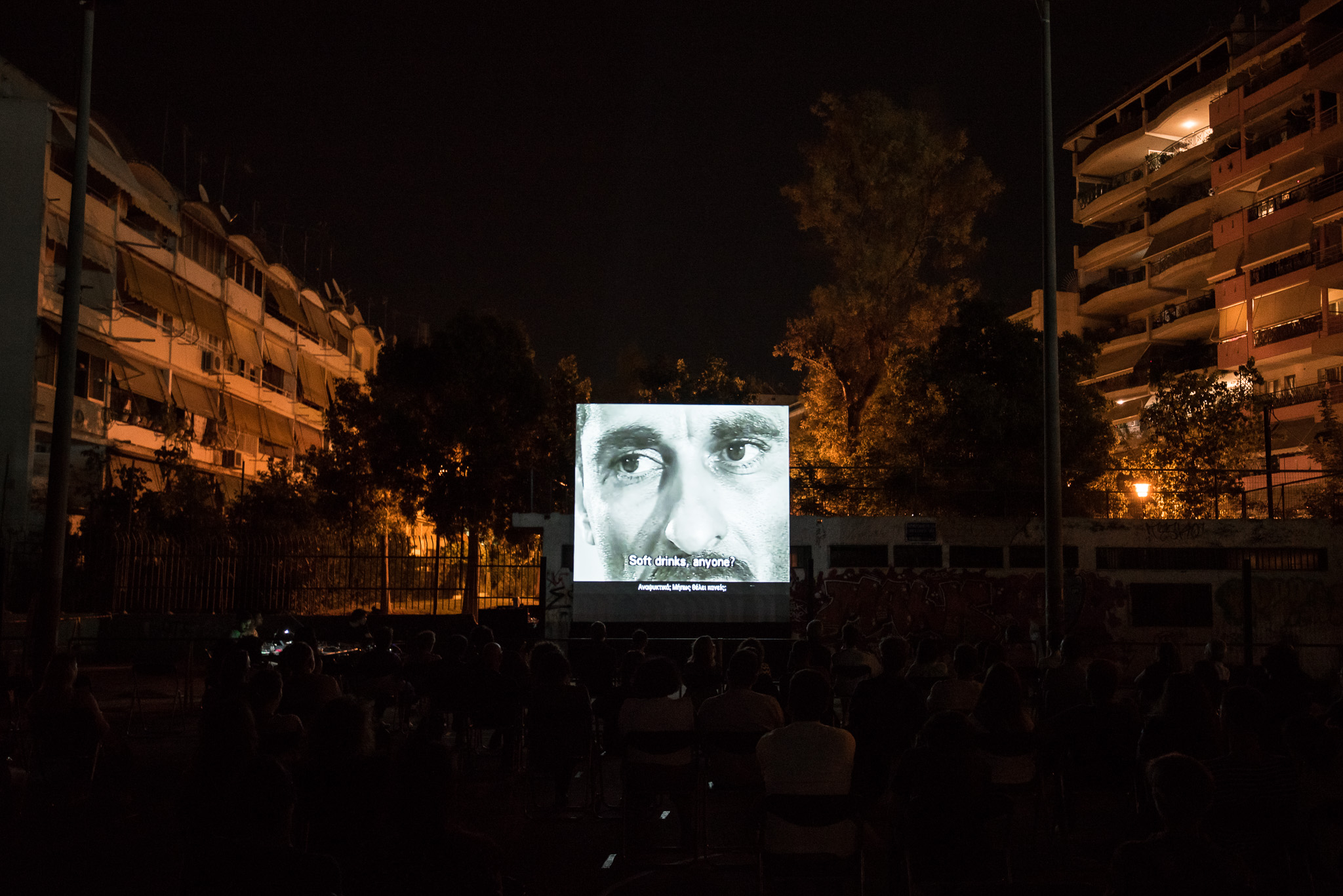 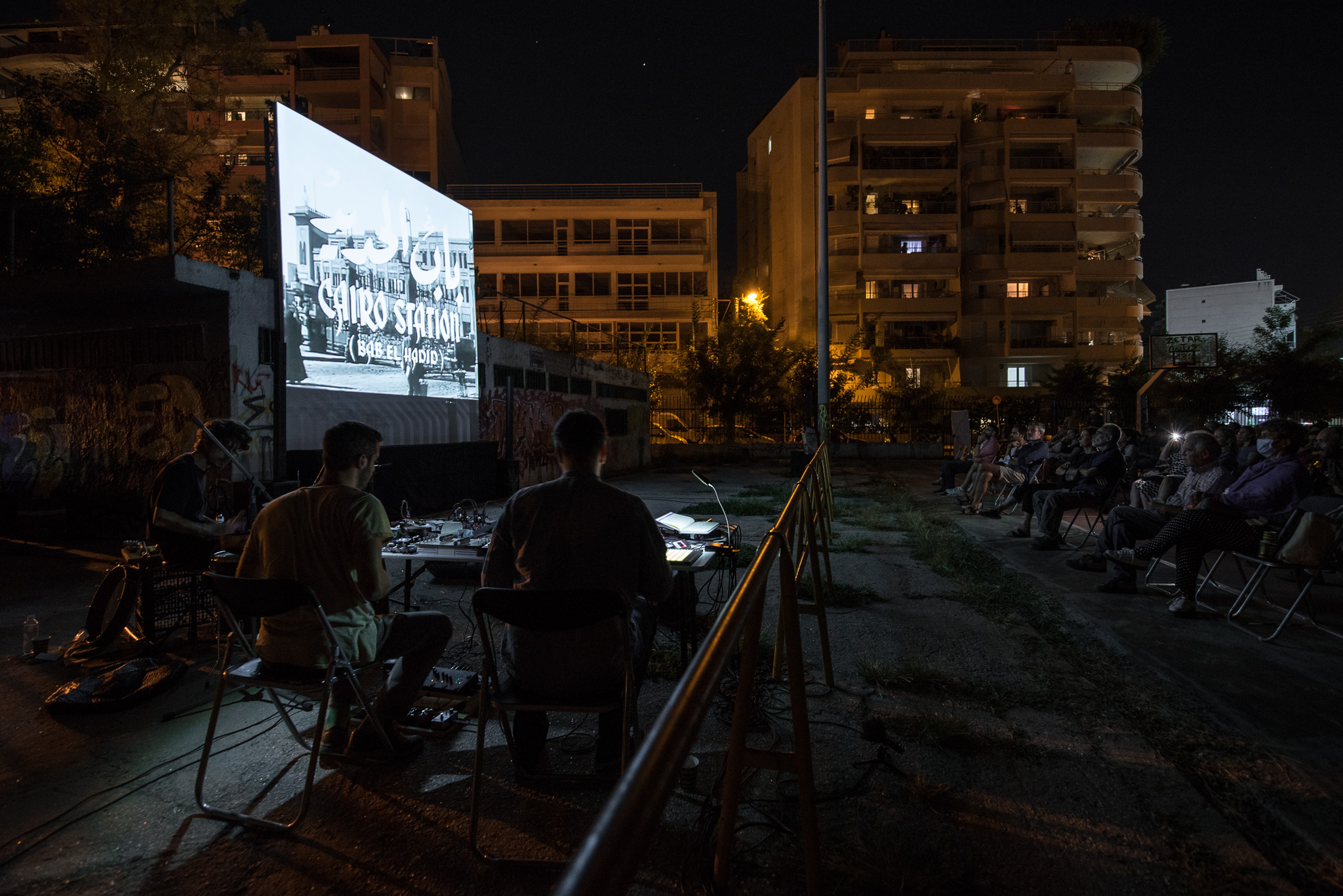 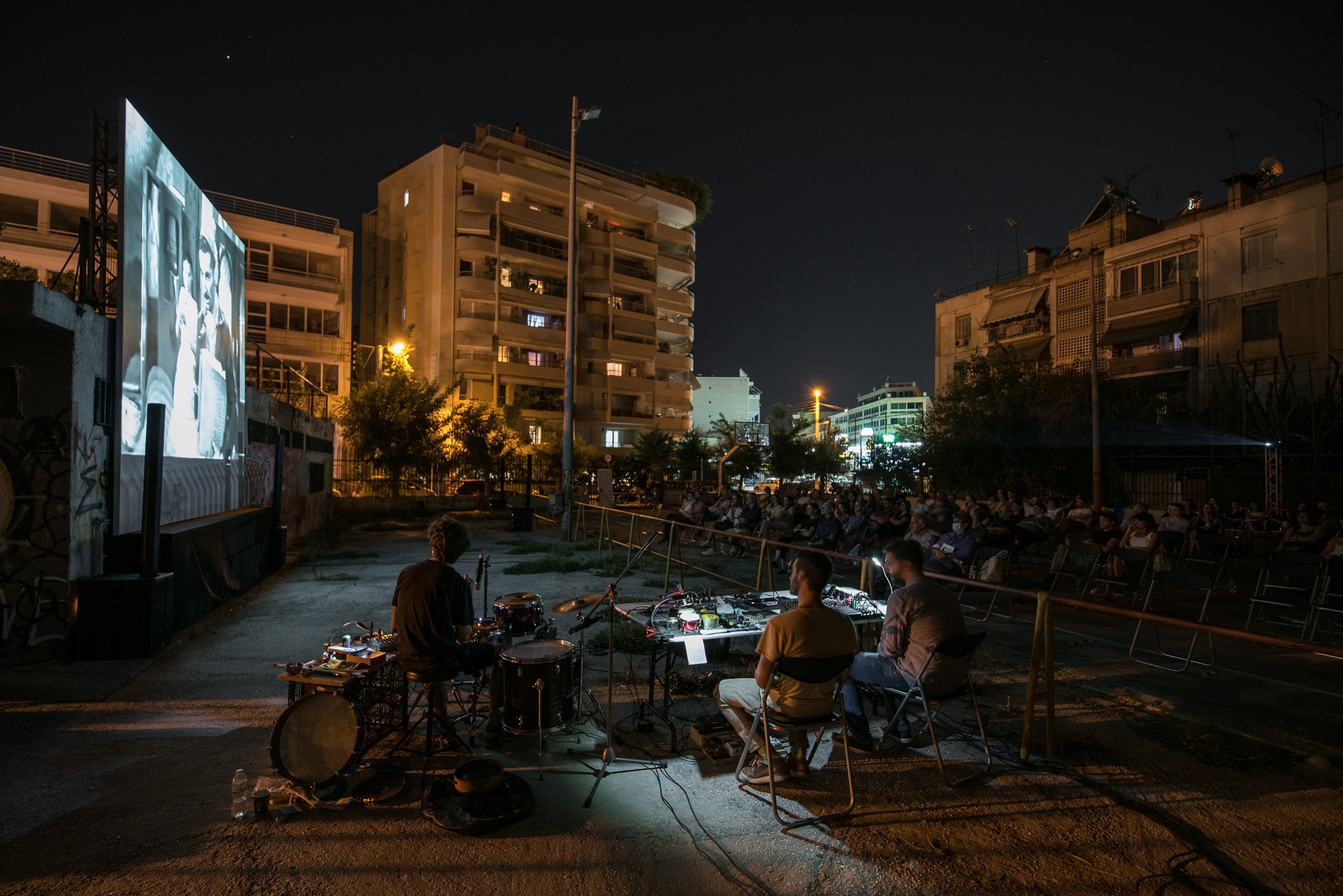 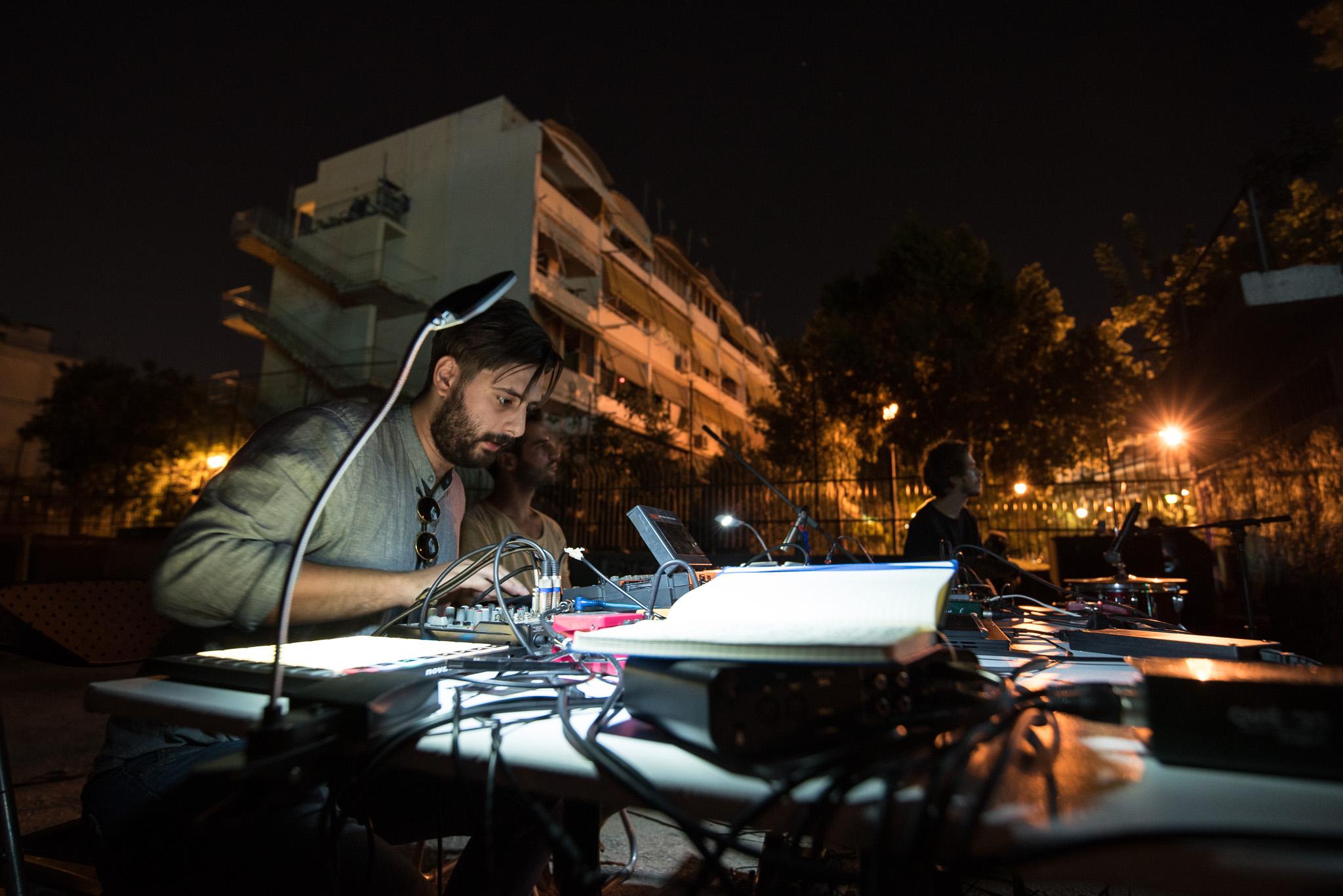 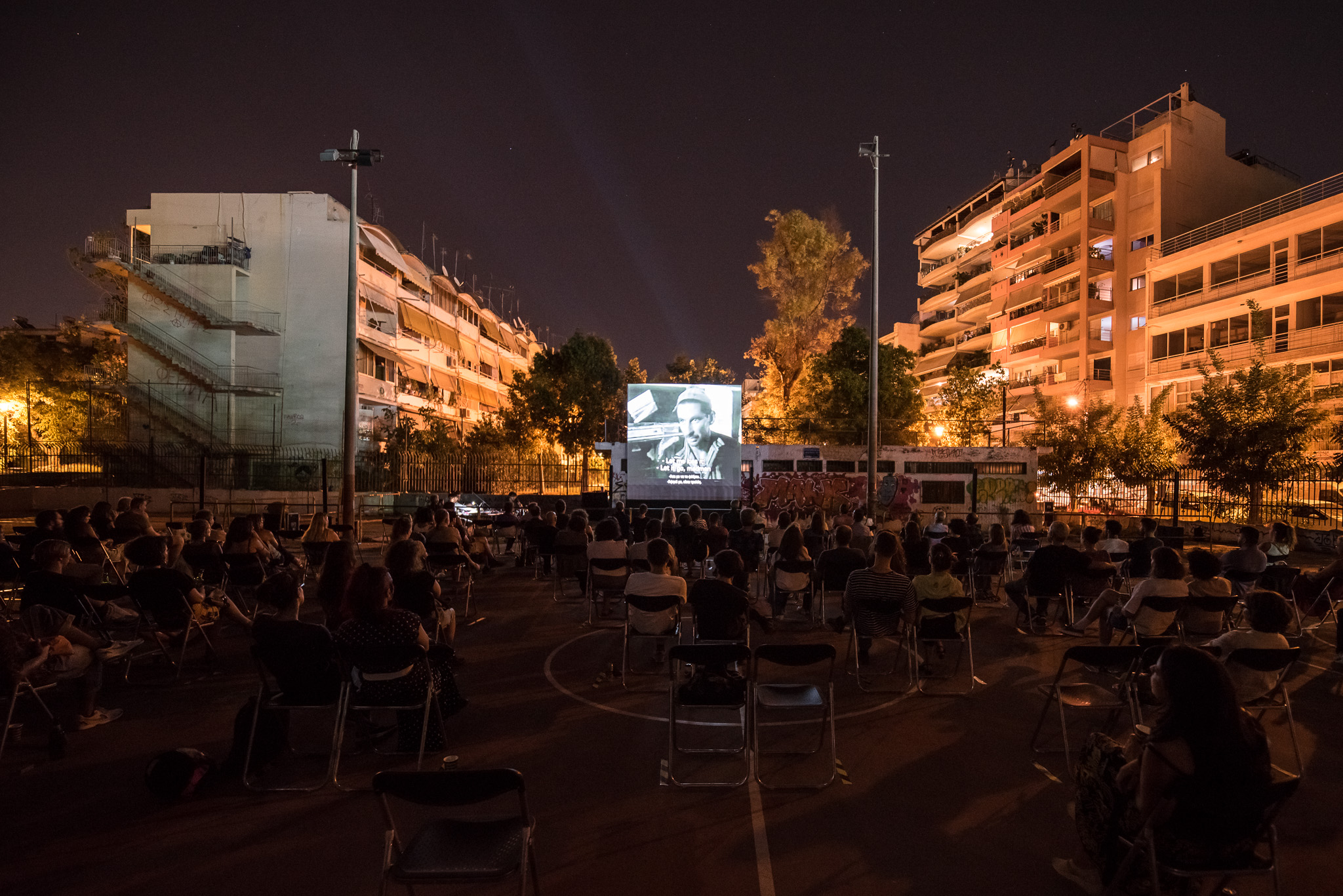 “Chahine himself stars in this melodrama of poverty and sexual frustration that shocked Arab audiences in the 1950s. The filmmaker is remarkably effective as a crippled news vendor who lives alone in a squalid, pinup-lined shack and whose obsession with a beautiful young lemonade stand vendor leads inevitably towards violence. One of the decisive turning points in Chahine’s long career, Cairo Station marked a new visual daring and embrace of ambitious and controversial subject matter. The film is an attempt to rejuvenate a formula-driven mainstream Egyptian cinema by judiciously adding formal and thematic elements from both neo-realism and German expressionism.” (Harvard Film Archive)

Nowadays, considered a classic of international cinema, Cairo Station pays tribute to the golden era of American musicals. To highlight this musicality, we have invited Yorgos Stavridis, Stenos and Mizithras, normally collaborating as members of the band Trigger Happy, to use their sonic experimentations to perform a new soundtrack for the movie. Using an elaborate blend of objects, conventional instruments and electroacoustic contraptions, they produce microsounds, serene drones and disintegrating samples in cut-up like, semi-composed improvisatory structures that will create a contemporary dialogue with the film.

In this unique cine-concert their adventurous musical ideas are refracted through an old cinemascope lens and perfused with Arabic beauty, to accompany the life and desires of the people working in Egyptian capital’s train station.

Musician, sound artist, percussionist and composer, Yorgos Stavridis explores the sonic range of percussion instruments in continuous interplay with electronic media and technology. He is a member of the experimental music ensemble “Trigger Happy” and Ke.Di.Mou.Ra, a collective consisting of musicians engaging in composition, sound art and improvisation.

Sonic scavenger, a full-time explorer of flea markets, kitchens and junkyards in quest for noise-making treasures, he plays, in his recent solo project, home-brewed micro-percussion and stringed instruments, amplified objects, turntable and electronics. He also makes audiovisual works, installations and music compositions for instruments and fixed media, while also performing with his band Trigger Happy.

Musician, sound artist and creative programmer, Yorgos Mizithras is active both as a composer and a performer in a range of fields, including acousmatic music, improvisation, sound art, music for theatrical plays and audiovisual installations. His current interest lies in media archaeology as a theoretical framework for sound art and more specifically in the re-purpose of old media as devices of artistic expression.

Part of the series of screenings Unfortunately, It was Paradise, organized by locus athens & AIN.

The screening program will present Greek, Middle Eastern and North African films which will mirror each other as they approach similar topics responding to both the history of Tavros as well as its inhabitants. The thematics will cover issues related to newcomers that formed – in Tavros as everywhere – an available workforce, but also female workers’ struggles, citizens’ protests to protect the environment against predatory practices, industries and factories as well as labor movements which unite to organize for better living conditions and social justice.

As part of the program AIN in collaboration with locus athens will invite filmmakers, artists, curators, activists, to respond and reflect on each screening either through texts, visual essays or online conversations. These “Correspondences” will create a framework for the screenings and allowing for multiple readings interspersed in time.

*Unfortunately, It was Paradise: Selected Poems by Mahmoud Derwish