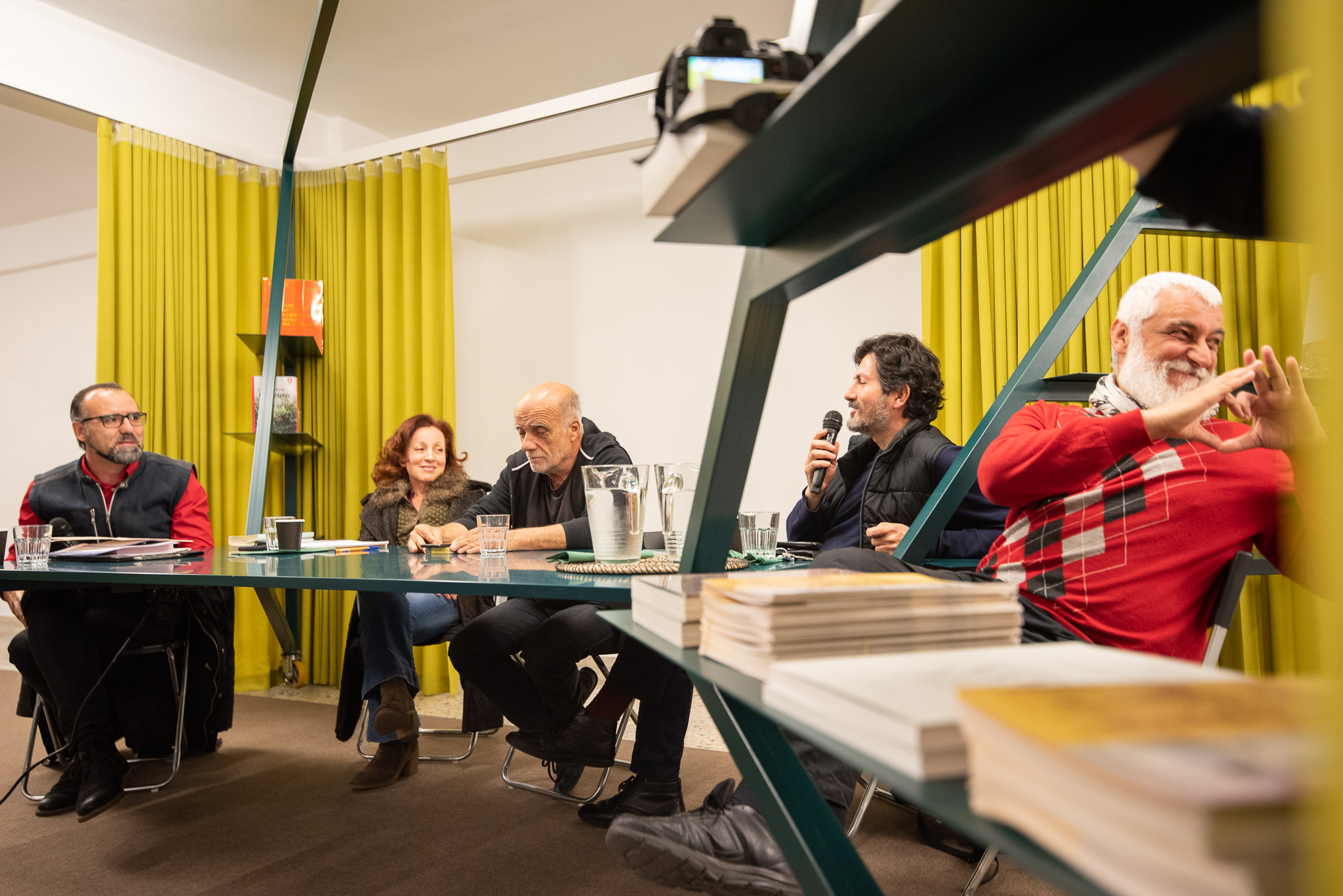 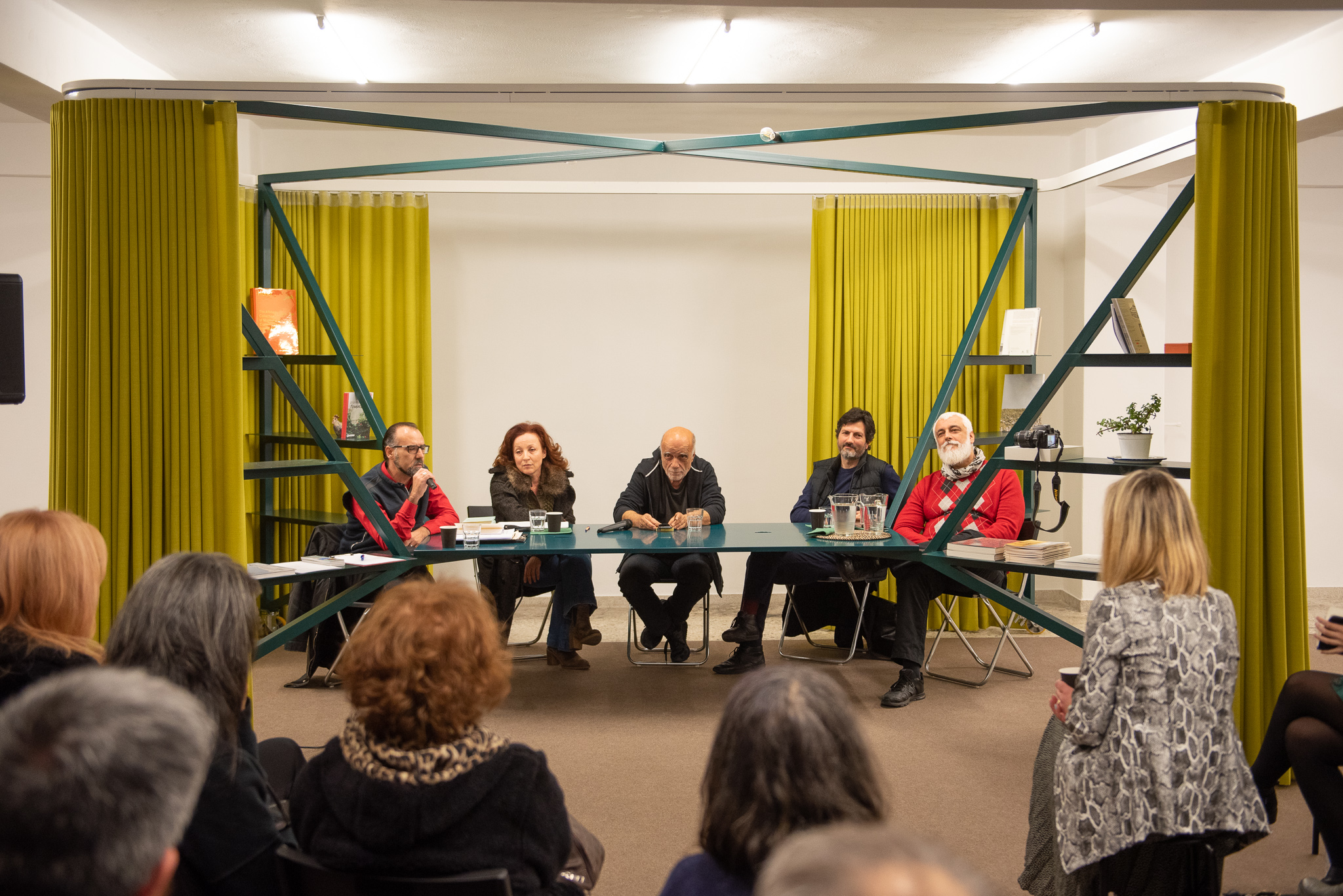 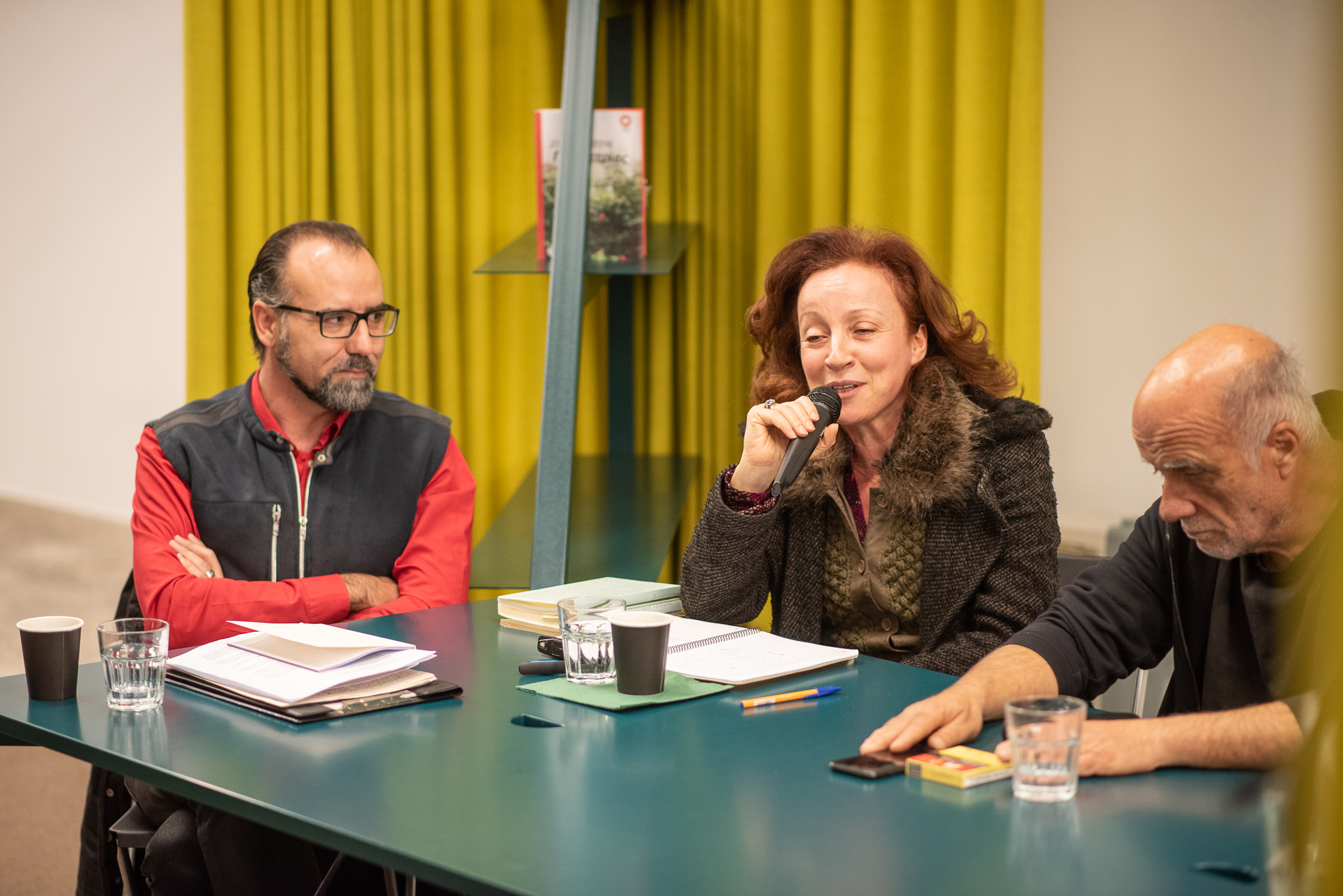 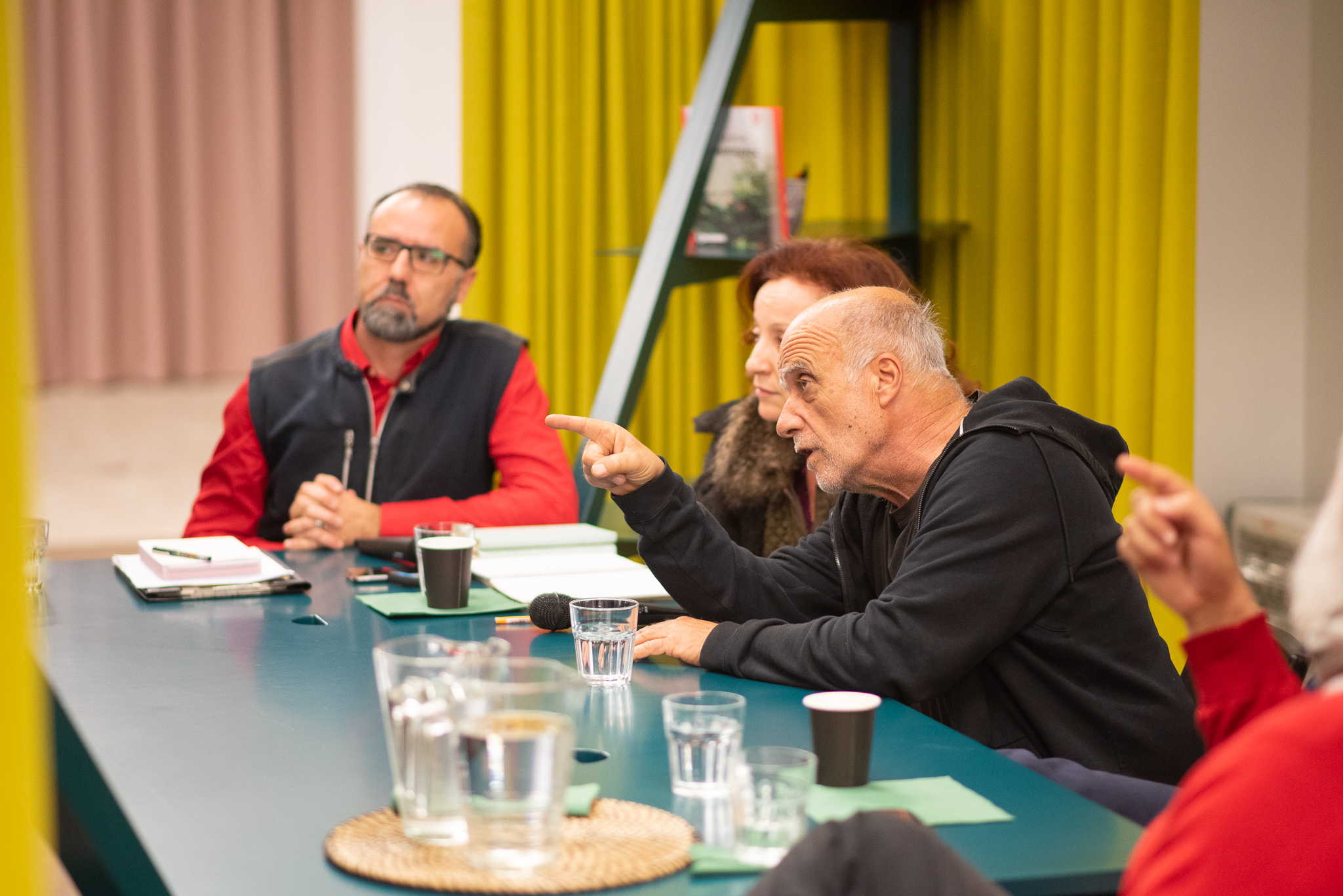 Crossings #1
Painting Just Isn't Enough For Me
19.30 Wed., 12 Feb.
free entrance
the conversation will be held in Greek

Crossings is a series of conversations curated and coordinated by art historian Christoforos Marinos held once every month (from February till June 2020) with artists based in Greece from different generations. The invited artists will have the chance to exchange views, share references and obsessions. In turn, the audience, will have the opportunity to delve with greater depth into what drives artistic practices. Each conversation will be based on the media used and the thematics that the respective artists touch upon.

Conversation #1: “Painting Isn’t Enough For Me”

Painting is the subject of the first conversation between four acclaimed artists: Apostolos Georgiou, Ilias Papailiakis, Eftichis Patsourakis and Mantalina Psoma. As the suggestively provocative title suggests, the starting point of this talk is to question the relevance or necessity for painting today.

Apostolos Georgiou was born in Thessaloniki in 1952. He studied architecture in Vienna (1971-1973) and painting in Florence (1973-1975). His first solo show was at “ZM” Gallery in Thessaloniki in 1973. From 1980 till 2006 he lived on the island of Skopelos. In 1993 the Municipality of Thessaloniki organized his retrospective while in 2011 the National Museum of Contemporary Art, Athens curated an exhibition dedicated to works painted between 1998 and 2011.

Ilias Papailiakis was born in 1970 in Crete, Greece. He lives and works in Athens. He studied painting at the Athens School of Fine Arts, Athens (1990-1996). He has presented his work in more than 25 solo exhibitions in Greece and abroad. From 2009 to 2019 he was a visiting tutor at the architectural department of the University of Patras.

Eftichis Patsourakis was born in 1967 in Crete, Greece. He currently lives and works in Athens. After his studies at the Department of Conservation of Works of Art and Antiquities (University of Athens), he received a BA Degree at the Athens School of Fine Arts and a MA at Central Saint Martins College of Art and Design, London. He has had solo shows in Eleni Koroneou Gallery, Athens and Rodeo, Piraeus/London. He has participated in numerous group exhibitions in Europe and the US.

Mantalina Psoma was born in Athens in 1967. From 1985-1992 she studied at the HdK (High School of Fine Arts) in Berlin (1991 Degree, 1992 Master Degree). In 2002 she was selected as the only Greek artist to be featured in “Vitamin P, New Perspectives in Painting” by Phaidon Press. She has had many solo and group exhibitions in Greece and abroad. Since 2001 she lives and works in Athens.

Crossings #2 will be held on the 11thof March.