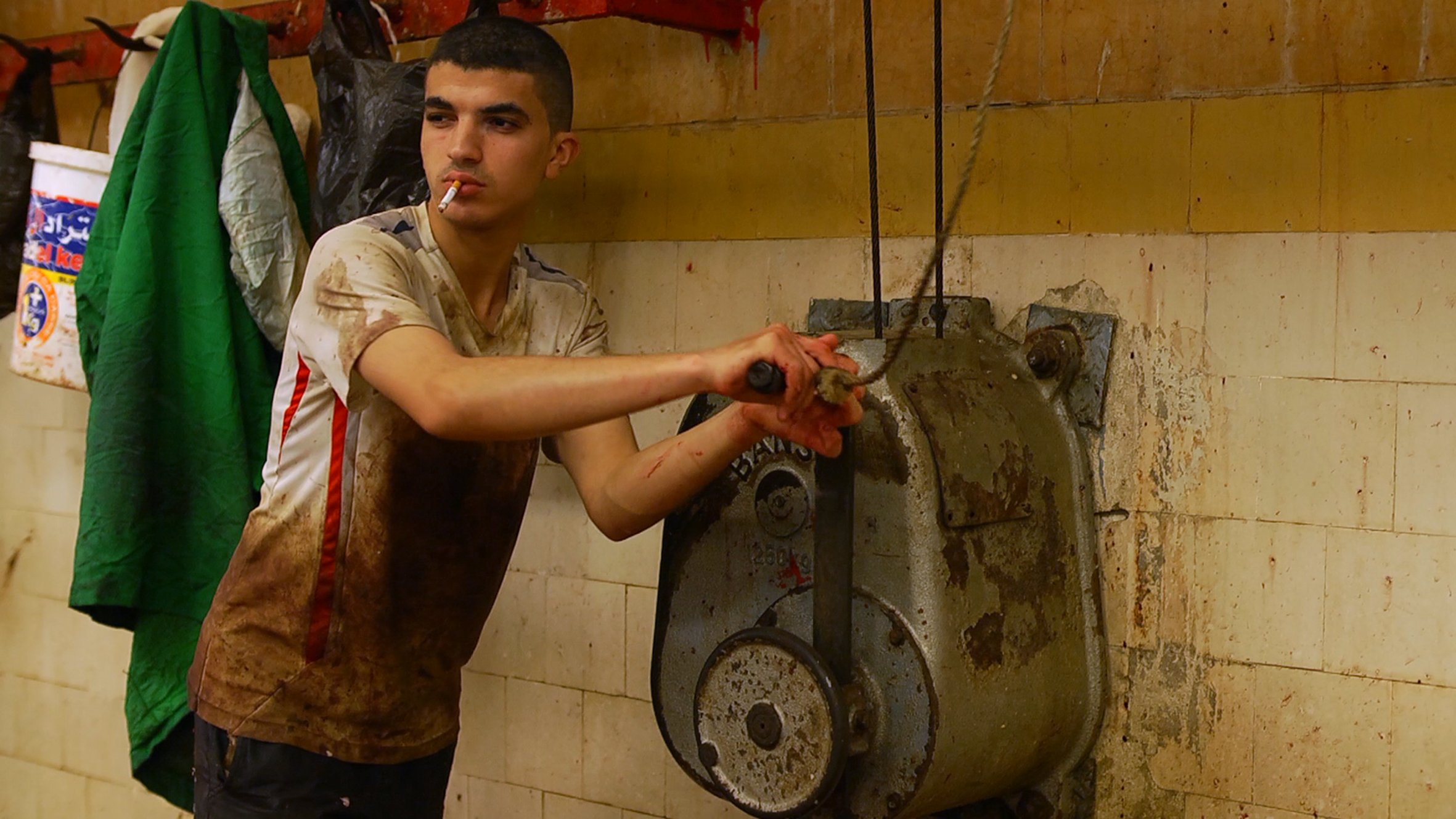 Roundabout in my Head by Hassen Ferhani is a huis-clos, a succession of observational scenes of men working at an abattoir in Algiers. In this exclusively male universe, the characters evolve in front of the camera, with their complexity, fragility and innocence whilst surrounded by carcasses of animals, reminiscent of Vanitas paintings. During their work breaks whilst smoking cigarettes in complete indifference to their environment, they discuss politics, their own expectations for the future and impossible loves.

Katina, an impoverished Greek woman, tries to arrange the marriage of her shepherd son, Thanos, to the daughter of a wealthy landowner, Despina.
The Shepherds of Disorder by Nikos Papatakis juxtaposes an anthropological and materialist study of a rigid rural community with the mythologically imbued, forbidden romance between a rebel shepherd and the submissive daughter of a wealthy conservative family from the same village, climaxing in an engagement, as an erotically charged power game.

The final part of The Shepherds of Disorder‘s shoot coincided with the 1967 Greek coup d’état orchestrated by right- wing colonels who abolished the Constitution and established a dictatorship that banned his filmmaking. Because of its transgressive, provocative content and its explicit references to the coup, The Shepherds of Disorder was banned in Greece until the dictatorship collapsed in 1974. This interplay of fiction and reality permeates all of Papatakis’s work.

Hassen Ferhani (born in 1986, Algiers) is a director and cinematographer. His short films Les Baies d’Alger (2006) and Tarzan, Don Quixote and Us (2013) and his last movie 143, rue du desert (2019) have been presented internationally. Roundabout in My Head is his first feature-length film and has been awarded several major international prizes including FID and IDFA.

Nikos Papatakis (1918, Addis Ababa-2010, Paris) of Greek-Abyssinian descent, was exposed from an early age to violent conflicts from communitarianism and racial ostracism. The insurrectional essence of his works stems from a youth deeply marked by exclusion and political upheavals. He joined Haile Selassie’s army to fight against the Italian invasion of Ethiopia, went into exile in Lebanon and Greece, before arriving in Paris in 1939. Founder of the famous Rose Rouge literary cabaret in St. Germain where artists such as Juliette Gréco, Boris Vian, Léo Ferré, and Raymond Queneau began their career, Papatakis was a producer (Chant d’amour, the only film of his close friend Jean Genet, and Shadow by John Cassavetes) and a filmmaker. He has directed five subversive and provocative movies.