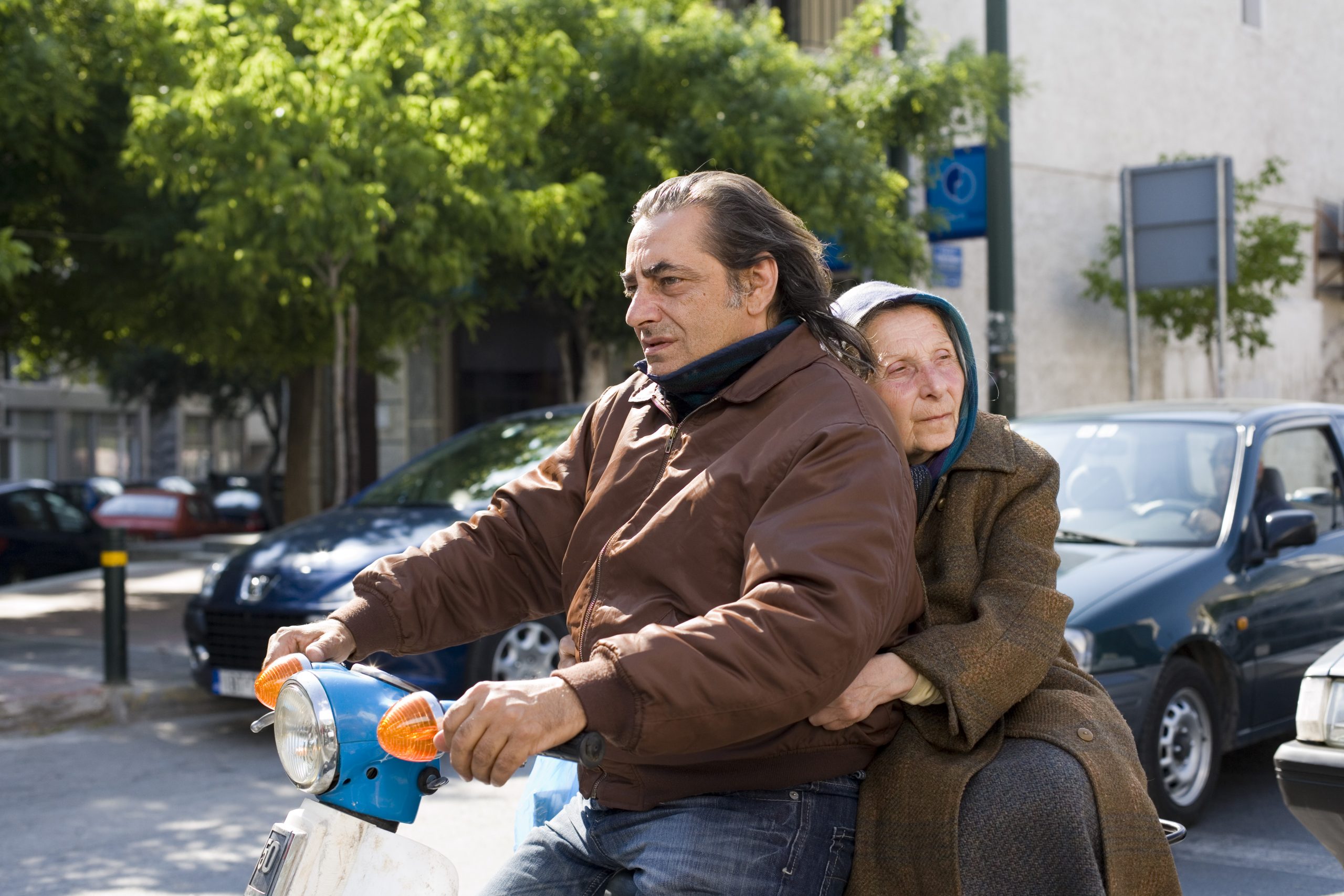 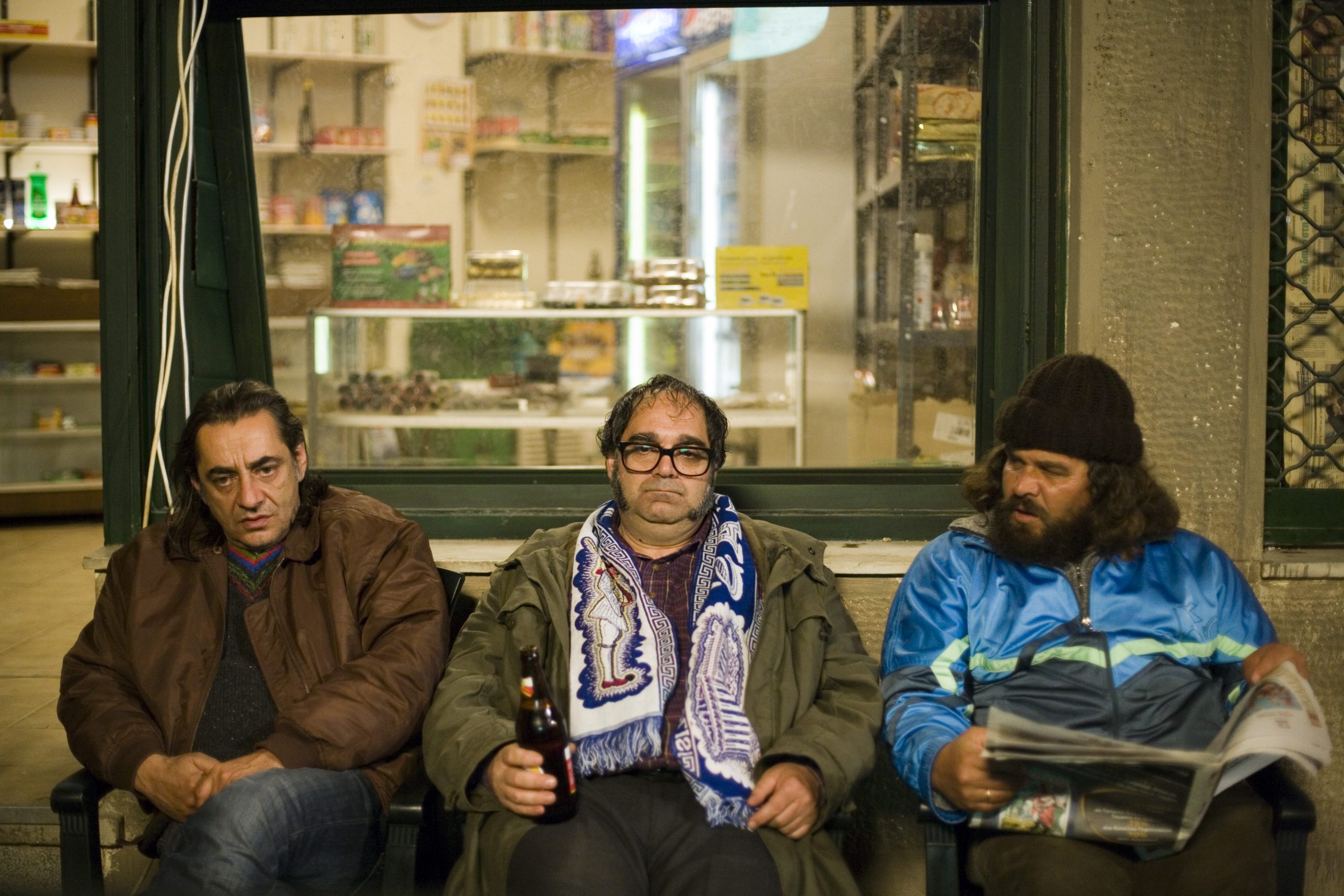 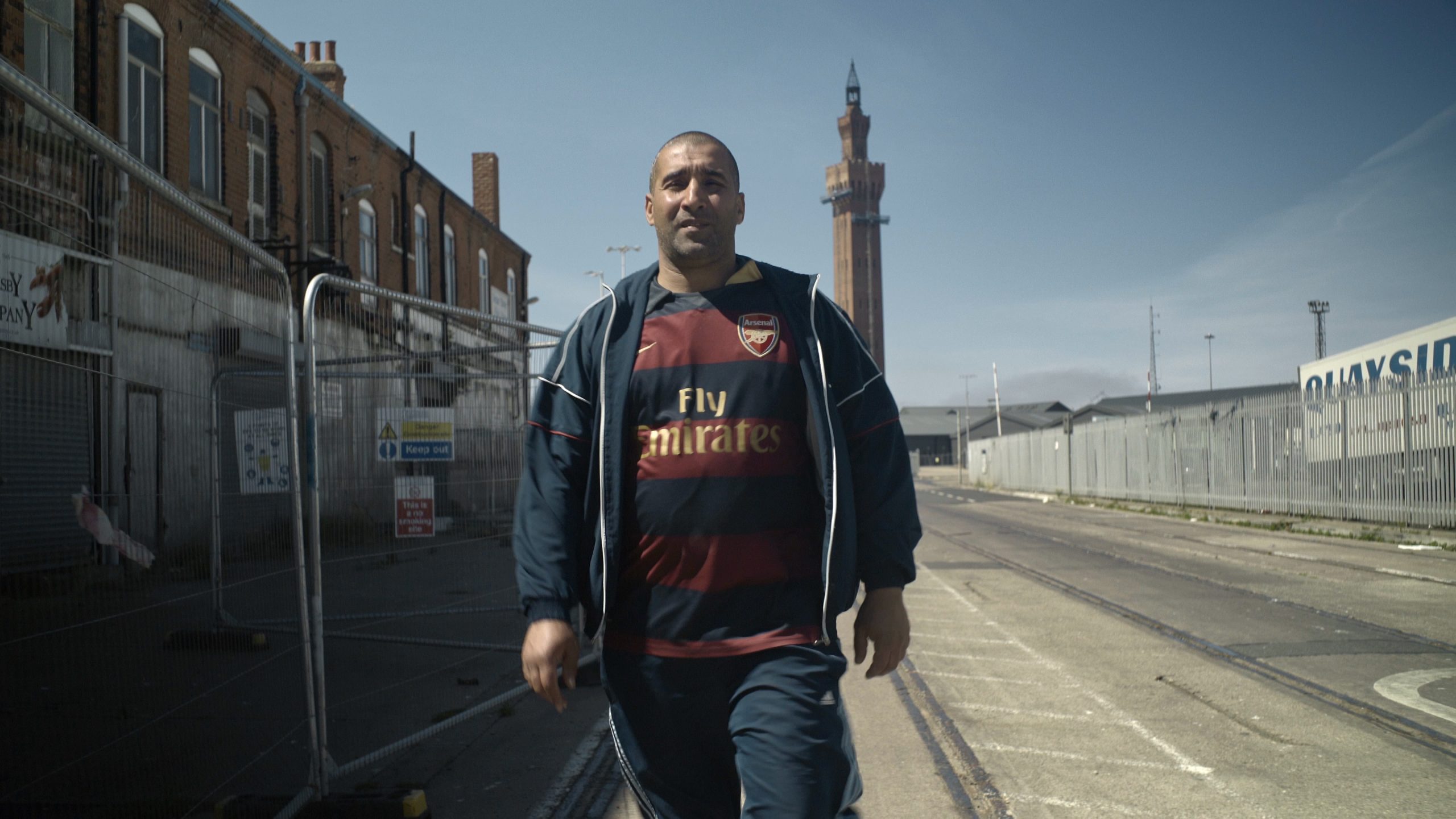 Tavros, setting of the screenings

Tavros, setting of the screenings

With an interval of ten years and a distance of a few thousand kilometers, the two films selected, Plato’s Academy by Filippos Tsitos and My English Cousin by Karim Sayad take place in countries that, like their two main characters, are at a moment of crucial transition. Brexit in England, Hirak Movement in Algeria, economic crisis in Greece.
Disoriented, under the pressure of the economic system and the increase of social tensions, Fahed and Stavros want to show to their respective societies that they will act as “men”.

Using tenderness and humor, the filmmakers examine masculinity in a contemporary context.

In Plato’s Academy, Stavros lives alone with his old mother in a small, quiet neighborhood in Plato’s Academy district in Athens. Every day, he opens the metal shutters of his cigarette store, puts out the newspapers in front and then sets out the chairs where he and his friends sit all day, drinking coffee and criticizing workers who, in contrast, are always on the move. Until one day his mother embraces an Albanian worker right in the middle of the streets and under the eyes of his stunned friends Stavros discovers something new about his family’s past.

The film approaches the sensitive topic of xenophobia through the tragicomic story of an ultranationalist who suddenly discovers the true origins of his family.

My English Cousin is a chronicle of exile, the film follows the daily life of Fahed, the director and cousin, who decided two decades ago to quit everything and try his luck far away from Algeria. Now that his legal status is normalized after years working as an illegal alien in England, he lives in a small town, the victim of deindustrialization and affected by multiple social issues. Fahed now dreams of returning home and getting married but, as so many exiles, he feels like a stranger in his own country.

Shot with a keen eye that observes the smallest of details, Karim Sayad captures the loneliness that affects his real- life cousin no matter where he goes.

Filippos Tsitos (born in 1966, Athens) studied Business Administration, and worked as a photographer, assistant director, music supervisor and radio producer, before being selected to attend the film academy in Berlin (Deutschen Film und Fernsehakademie). He made his first short film Parlez-moi d’amour in 1994. My Sweet Home is his first feature and the only German participant at the Berlinale competition in 2001. Plato’s Academy was screened at several international film festivals and awarded at Locarno International Film Festival (Leopard for Best Actor, Ecumenical Jury First Prize, and Youth Jury Prize) and Tirana International Film Festival (Best Movie Award).

Karim Sayad (born in 1984, Lausanne, Switzerland) completed a MA in International Relations from the Graduate Institute of International and Development Studies of Geneva before he decided to become a documentary filmmaker. His first short, Babor Casanova, premiered in Locarno in 2016 and was screened at more than twenty festivals worldwide, winning awards at DocLisboa, Festival Dei Popoli and the Clermont-Ferrand Short Film Festival among others. Of Sheep and Men, his first feature documentary, premiered at TIFF in 2017, was screened at numerous festivals. My English Cousin is his second feature documentary.