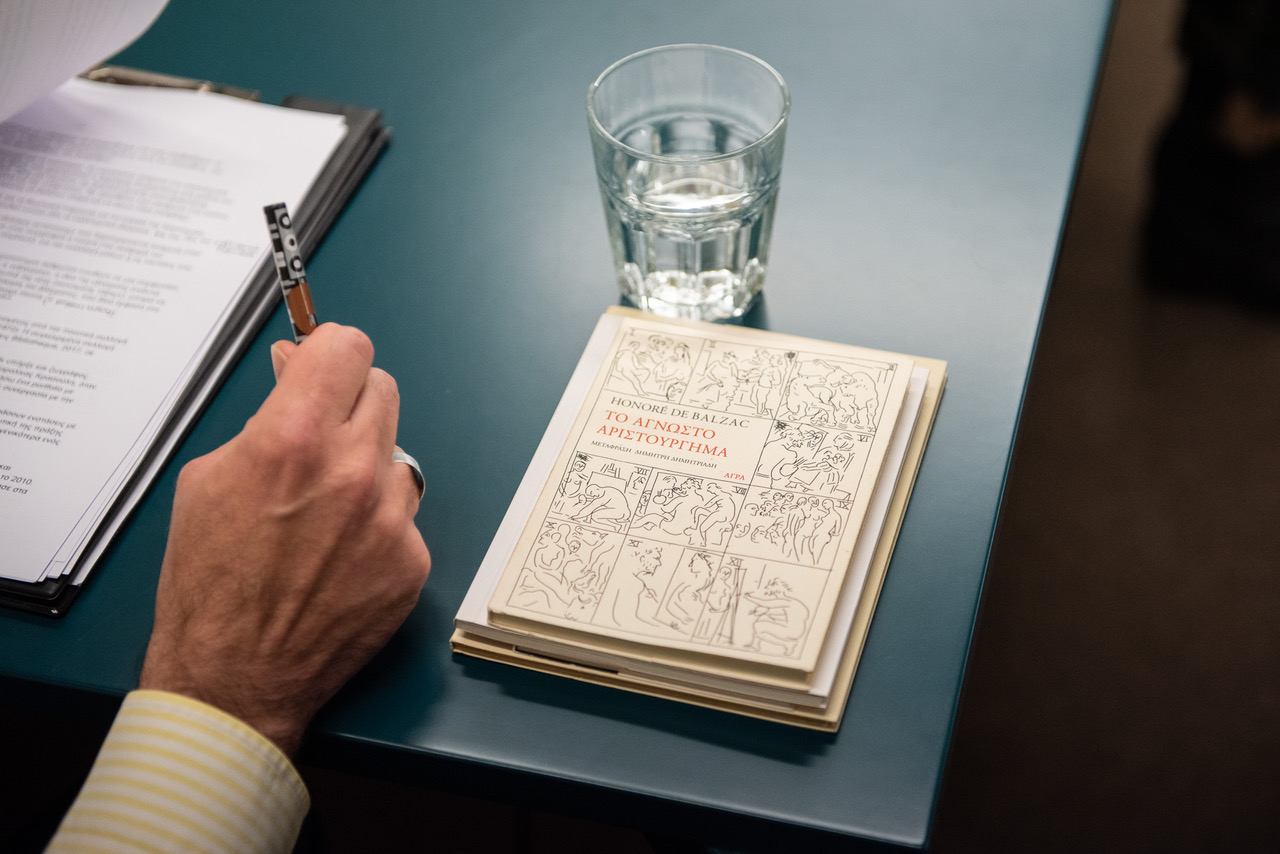 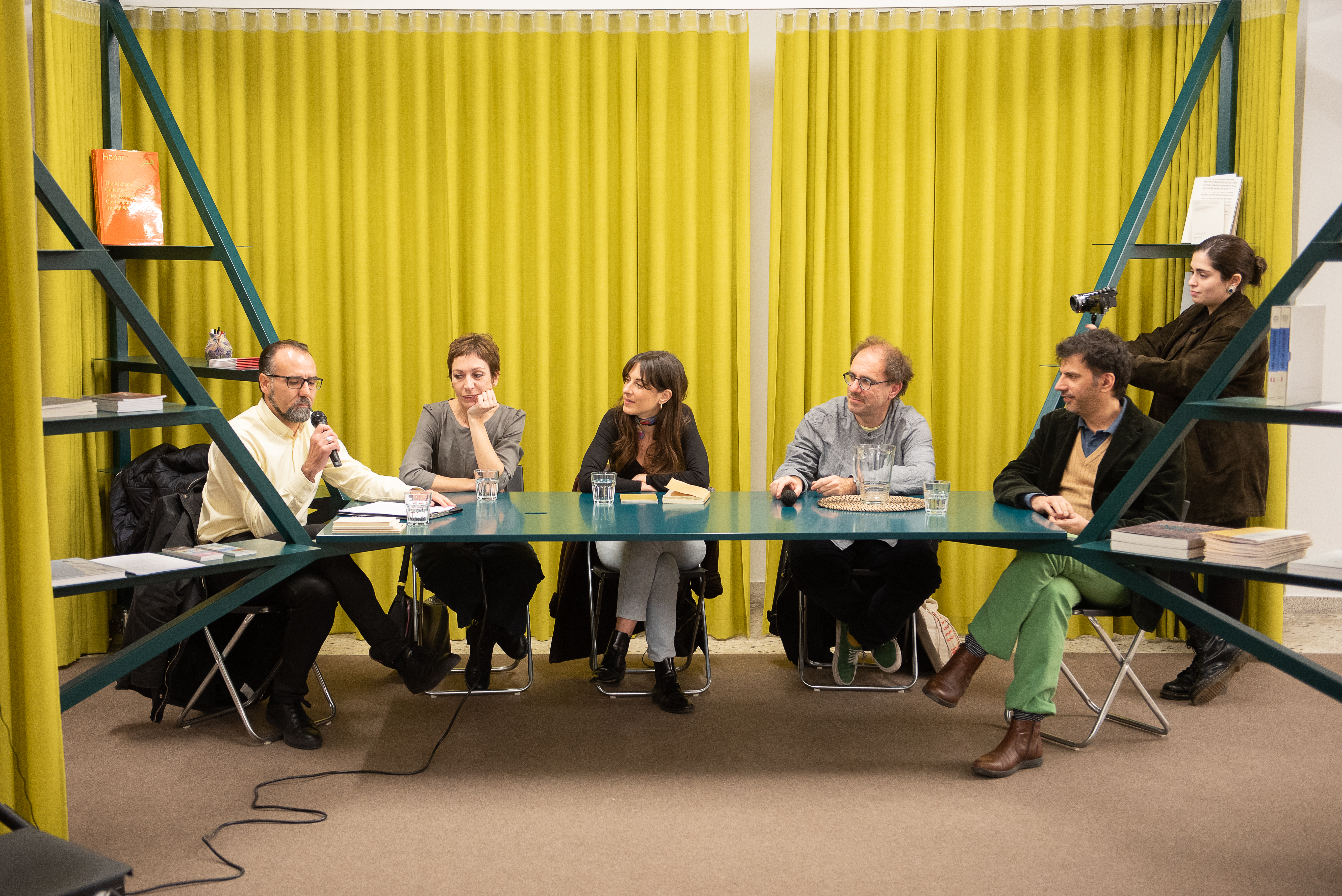 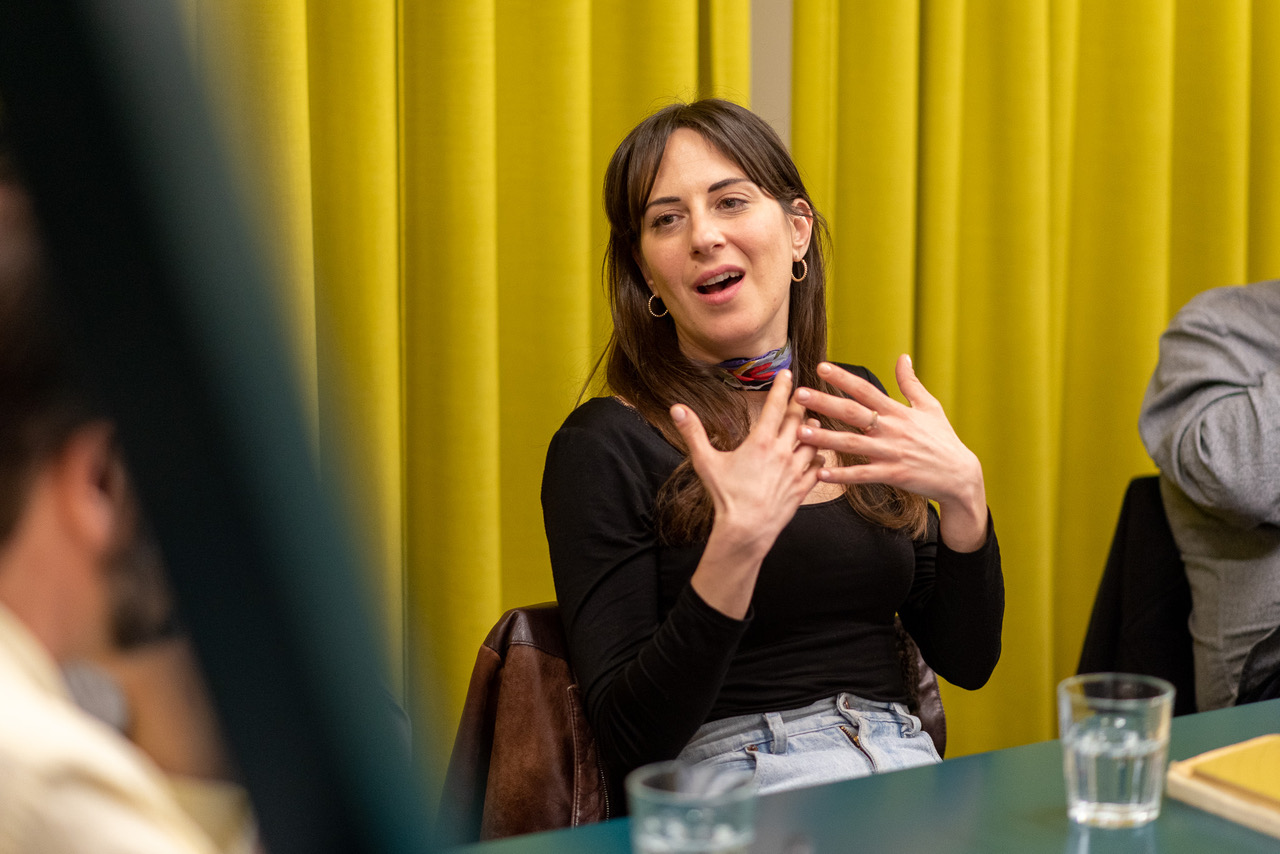 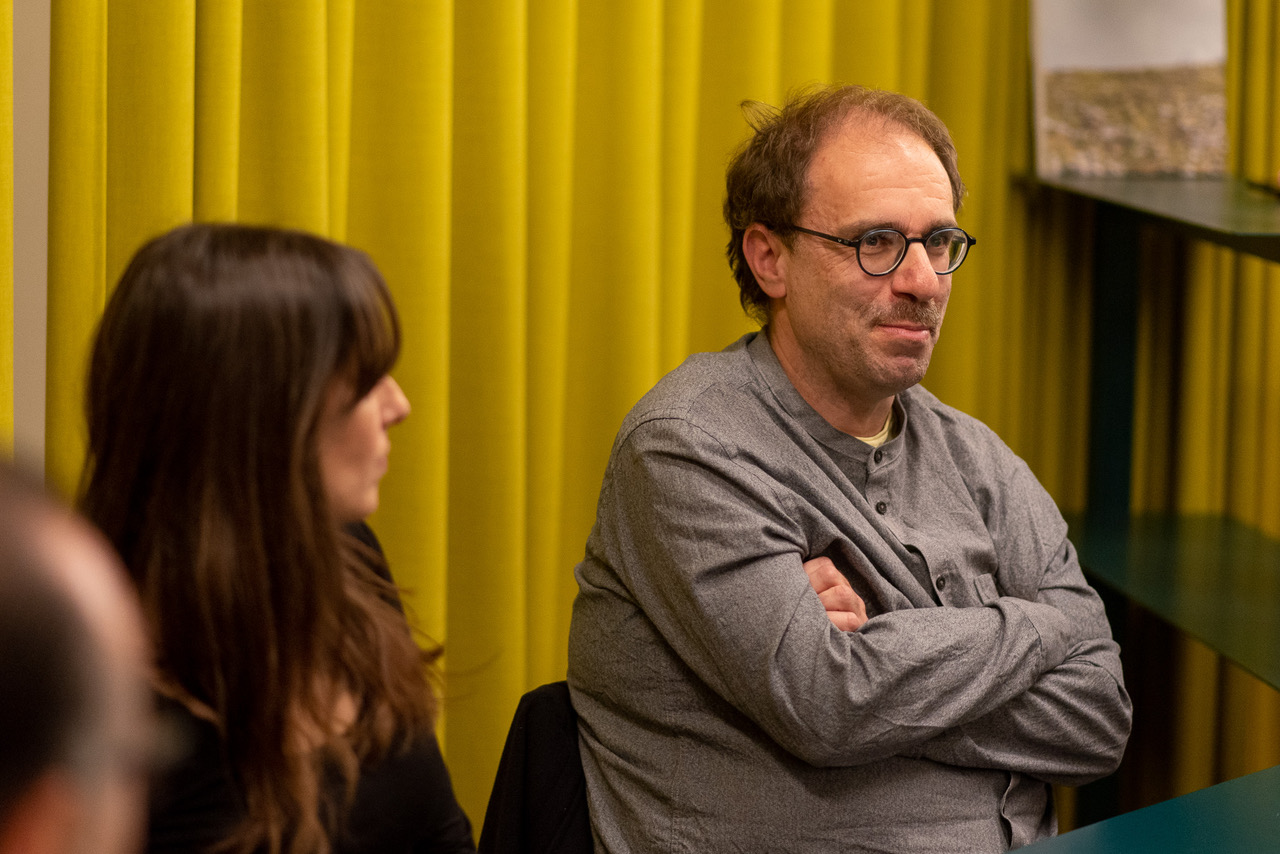 Crossings #2
Rebellion means looking at a rose
19.30 Wed., 11 March
free entrance
the conversation will be held in Greek

Crossings#2 will focus on the relationship between the visual arts and literature. The film director Vasilis Noulas and the cinematographer Konstantinos Hadjinikolaou, both with a background in visual arts combined with a literary output will be in conversation with Karolina Krasouli and Nina Papakonstantinou two artists who have consistently visualized literary texts. Christoforos Marinos will coordinate the conversation.

Konstantinos Hatzinikolaou was born in 1974 in Athens. He is a film-maker and author. His main filmic oeuvre includes short silent films shot in Super8. He has published two poetry collections. “Iakovos” (Antipodes, 2016) was awarded the prize “Menis Koumantareas” for best new-comer author. IN 2017 he took part in documeta 14 with two works “Anestis” and “Voytsek”. In 2019 he completed his docu-short “Henrieta & Ivan”. Recently he presented his filmic work at Belvedere 21. He was a member of the cine-communite Kine and is a regular contributor to “Arts& Letters” of Kathimerini newspaper.

Karolina Krasouli was born in 1984 in Athens, Greece. After studying Clinical Psychology, she enrolled in the National School of Fine Arts of Lyon. Working with painting, photography and film, she produces images that lie in the intersection of abstraction and figuration. Through the process of reading and writing, she extracts a set of operations where she transcribes meanings and sensations without the support of language. Her works aim closer at representing optical phenomena related to memory and language, than providing an immediate grasp of an image or an object. She presented her work at Ateliers de Rennes, 5th edition, Incorporated! (2016), galerie Raymond Hains, Saint-Brieuc (2016), Eva Meyer, Paris (2017), Frac Bretagne, Rennes (2018), Daily Lazy, Athens (2018), Pauline Perplexe, Paris (2018), La vitrine, Frac île-de-France Le Plateau, Paris (2020).

Vassilis Noulas was born in New York in 1975. He is a director and co-founder of the group Nova Melancholia. He studied theater at the University of Athens, Visual Arts at the ASFA and completed his postgraduate studies at the University of Sorbonne Nouvelle – Paris 3. His work has been presented at the Athens Festival, the Onassis Cultural Center, the National Opera House, the Athens Biennale, as well as in squats, apartments and self-managed spaces. He is the author of five books of poetry and small prose. “The Lair”, first feature film, premiered at the Thessaloniki Festival 2019. He has been collaborating since 2014 with Kostas Tzimoulis on their joint visual project VASKOS.

Nina Papaconstantinou was born in Athens, Greece. She studied Greek Literature in Athens and Visual Arts in Camberwell College of Arts, London. In 2015 she was artist-in-residence at the Seeger Center for Hellenic Studies in Princeton. Her work is mainly an investigation of the relationship between text and its image, as well as drawing as a system of marks, tracings and imprints. She has presented her work in several group and personal exhibitions in Greece and abroad, such as: Haft Paykar/Seven Beauties, Mohsen gallery, Tehran, Iran, After Babel, AnnexM, Athens Concert Hall, Under/erasure, Pierogi gallery, New York, Multitudinous Seas, Fondation Hippocrène, Paris, Antidoron-documenta 14 Fridericianum, Kassel, Drawing Time, Reading Time, The Drawing Center, New York, NP or the Possibilites of a Life, Locus Athens, ΑθήναTypo (solo show) Kalfayan gallery, Quieter in Every Phrase (solo show), Martine Aboucaya gallery, Paris, Instead of Writing (solo show), National Museum of Contemporary Art (EMST) Athens, Heaven, 2nd Athens Biennial,etc.